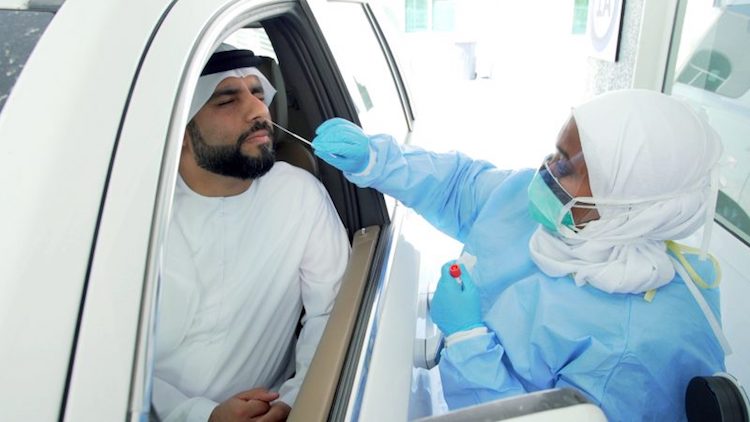 UAE’s population is around one crore and testing of 52.7% population has been done so far. According to Johns Hopkins University, over 52 lakh 62 thousand people have been screened. The UAE is among those countries where more than 5 lakh 31 thousand people are being investigated per 10 lakh population. The UAE is the seventh country in the world to conduct test on such a massive scale.

The World Health Organization believes that to prevent COVID-19, more and more testing is necessary, the effect of which is clearly visible in the UAE. There are only 5,868 active cases left while only 353 people have died. The total number of infected patients here is more than 61,000.

According to a study, the COVID-19 recovery rate in Gulf countries is much higher than the global average. In Bahrain, Kuwait, Saudi Arabia, United Arab Emirates and Oman, an average of 75% of patients have been cured, while the global recovery rate is 57%. The UAE government has given police officers such modern helmets that they can record the temperature of hundreds of people every minute. Such moves have radically helped a lot in preventing the spread of the disease.

Countries with smaller populations, such as Monaco, Gibraltar and the Falkland Islands, were able to test half of their citizens before the UAE and Bahrain. In big countries where the population is in crores, the pace of testing is still very slow. So far, 24.9% of the total population in the UK, 18.6% in the US, 27.7% in Denmark and 25.2% in Singapore have been tested for coronavirus.