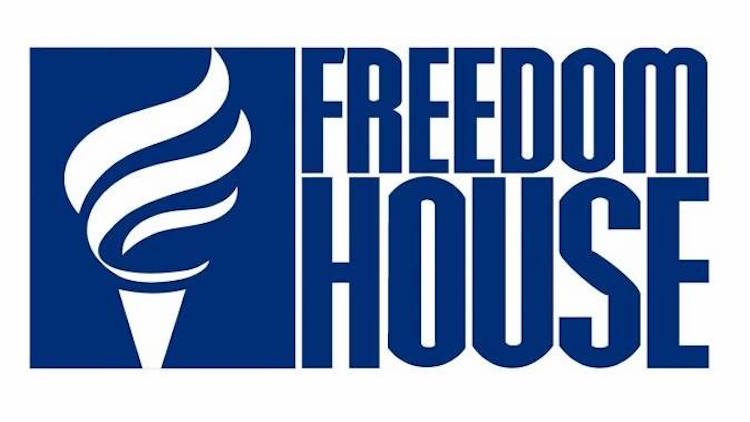 For the 14th consecutive year, a major global survey evaluating the health of established global democracy has warned of its backsliding. The Freedom in the World 2020 report in which India suffered the largest score decline and joined the club of world’s least free democracies, underlined that “the Indian government’s alarming departures from democratic norms" could blur the "values-based distinction between Beijing and New Delhi”. Also Read: Watch: USCIRF Hearing On How Citizenship Law In India Denies Religious Minorities Legal Protection

“Democracy is under assault around the globe,” read the opening sentence of the report released by Freedom House, a bipartisan non-governmental organisation in the United States. “And the effects are evident not just in authoritarian states like China, Russia, and Iran, but also in countries with a long track record of upholding basic rights and freedoms.” During 2019-20, 25 of the world’s 41 established democracies experienced net losses. “Countries that suffered setbacks in 2019 outnumbered those making gains by nearly two to one, marking the 14th consecutive year of deterioration in global freedom, " showed the report based on an annual country-by-country assessment of 195 countries and 15 territories. The report also found an alarming global erosion in governments’ commitment to pluralism, a defining feature of liberal democracy. “The two most glaring examples are China, where the regime’s multiyear campaign of cultural annihilation against the Uighur minority and other predominantly Muslim groups has been well documented, and India, which earned the largest score decline among the world’s 25 most populous democracies in this year’s report. India has long been viewed as a potential democratic counterweight to authoritarian China in the Indo-Pacific region, but the current Indian government’s alarming departures from democratic norms are blurring the values-based distinction between Beijing and New Delhi,” the report stated. “As part of a pattern of Hindu nationalist policies under Prime Minister Narendra Modi, India issued an exclusionary citizens’ register in one state and adopted a discriminatory citizenship law at the national level, then used aggressive tactics to suppress the protests that ensued. The central government also abruptly revoked the autonomous status of Jammu and Kashmir, the country’s only Muslim-majority state, and initiated a sweeping security crackdown to enforce the change. As a result, Indian Kashmir, which is assessed separately in Freedom in the World, experienced one of the five largest single-year declines of the past decade anywhere in the world, and the territory’s freedom status dropped from Partly Free to Not Free. The rankings placed India at the 83rd position, with India's score slipping four points to 71 out of 100, the worst decline among the world’s 25 largest democracies this year. That is near the bottom of the pile among the countries categorised as “Free”, with only Tunisia receiving a lower score. "Democratic processes in the United States are under threat as well. While the country’s score remained flat this year, it has declined by eight points on a 100-point scale over the past 10 years. Troubling signs during 2019 included rule changes that weakened the rights of asylum seekers, new evidence of electoral interference, and escalating clashes between the executive branch and Congress over their respective powers. Defiance of congressional authority lay at the heart of the impeachment process against President Donald Trump, who ordered current and former officials to defy all of Congress’s subpoenas for documents and testimony about his attempt to extract a political favor from the president of Ukraine. At the same time, the administration has sent contradictory messages about the deterioration of democratic institutions and respect for human rights abroad," the report noted. “India and the United States are the largest and perhaps the most influential democracies in the world, and their drift from liberal democratic ideals is sending exactly the wrong message,” said Mike Abramowitz, president of Freedom House. “If major democratic powers fail to set strong examples and provide constructive leadership, it will be impossible to reverse the global trends that threaten freedom for all societies.”
TAGS World Freedom Rankings Donald Trump US President Xi Jinping PM Narendra Modi pluralism New Delhi Beijing India China Global democracy Freedom House Freedom In The World 2020