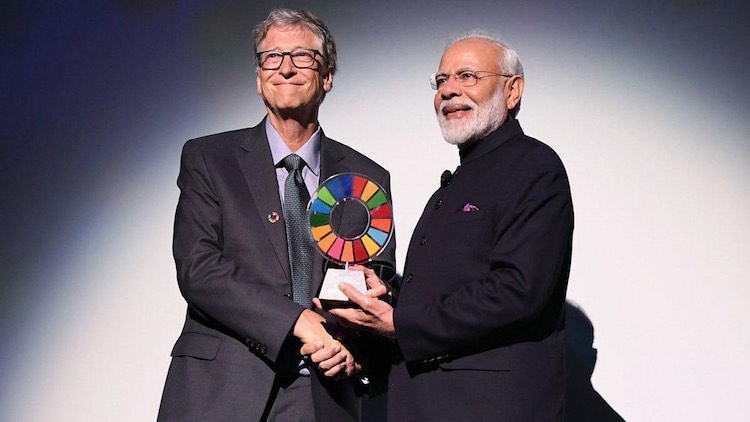 The repercussions of conferring the Global Goalkeeper Award on Indian PM Narendra Modi have been felt at the Bill and Melinda Gates Foundation. After Modi was given the award, Sabah Hamid, Communications Specialist and Program Officer at the Foundation, resigned from her post in protest against the move.

I worked at the @gatesfoundation@BMGFIndia until September 20. I no longer do. Here's why.

Hamid is a native of Kashmir and had been working as Communications Specialist and Program Officer at the Bill and Melinda Gates Foundation for the past three-and-a-half years. Also Read: ‘Kabir Singh’ Is 2019’s Highest-Grossing Film

Following her resignation, she said that Kashmir’s population of 80 lakhs is reeling under an undeclared curfew for the past 50 days. People are unable to access even basic needs like medical attention and the Valley is facing a humanitarian crisis. Holding PM Modi directly responsible for this crisis, she said that the current catastrophe in the Valley is being hijacked with the help of a pliant media. She pointed out that the ‘Howdy Modi’ event in Houston and the Global Goalkeeper Award were being used to create an image of Modi. Hamid also said that her opposition is not limited to Kashmir alone. The situation in the Kashmir Valley was not normal even before August 5, 2019. Apart from Kashmir, the Modi government is also responsible for mob lynching of India’s Dalits, Christians and Muslims, she said. She brought up the 2002 Gujarat Riots as well.  Ever since the Bill and Melinda Gates Foundation announced that it will be conferring the Global Goalkeepers Award on PM Modi, it had been facing opposition for the move. Nobel Peace Prize winners Shirin Ebadi, Tawakkol Karman and Mairead Maguire have come out in protest against the decision. PM Modi has been given the award for making efforts to make India a cleaner and healthier country. See the full story here:
TAGS Kashmir issue Jammu and Kashmir Howdy Modi PM Narendra Modi PM Modi PM Global Goalkeeper Award Bill Gates Bill and Melinda Gates Foundation Sabah Hamid