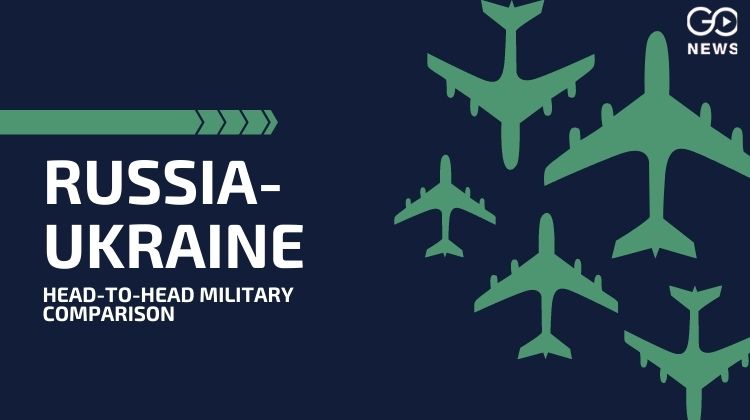 MILITARY HEAD TO HEAD BETWEEN UKRAINE & RUSSIA  Russian President Vladimir Putin announced on February 24th a military operation in Ukraine to defend separatists in the east of the country.
Also Read:
Telangana Court Orders ‘The Wire’ To Take Down 14 Articles Against Bharat Biotech & Co

He also called on the Ukraine military to lay down its arms. Explosions were heard in Kharkiv, a major Ukrainian city just south of the Russian border, after Putin's announcement. As Military Operation continues in Ukraine NATO allies deploy thousands of combat-ready troops to Ukraine border. As the Ukraine conflict continues for the third day, Ukraine continues to claim attacks on civilian centers in the capital Kiev and other cities like Kharkiv along with casualties inflicted on the Russian military, whereas Russia has communicated updates about the positions in Ukraine that its military has captured as part of what it says are “de-nazification” operations meant to protect the people of Donbass regions. According to the Stockholm International Peace Research Institute (SIPRI), which tracks global arms trade, at US$ 61.7 billion, Russia’s military expenditure in 2020 was over ten times of US$5.9 billion that Ukraine spent. Although navies are unlikely to make any direct contact in this conflict, still, Russia has more than 600 naval vessels, including one aircraft carrier, compared to the total 38 naval vessels with Ukraine. For stealth capabilities in the sea, Russia has 70 submarines, to zero for Ukraine. Hundreds of casualties have been reported. Russian shells demolished apartment buildings in Kyiv and schools and bridges were also destroyed. According to Health Minister Victor Lyashko, 198 civilians have been killed as war reaches the capital of Ukraine, Kyiv. Over 1,000 people were wounded as of Saturday morning which also included many children.  Artillery and gunshots echoed through the city’s streets Friday night and Saturday morning as Russian troops stormed from the south, east and north. In the face of the violence, Ukrainian President Volodymyr Zelensky declined an offer from the US to be evacuated from Kyiv, instead choosing to remain behind with his countrymen and fight.  “The fight is here; I need ammunition, not a ride,” Zelensky said, The Associated Press reported, citing a senior American intelligence official with direct knowledge of the conversation. There are signs that both countries will move forward towards a peace process claimed Kremlin. President Vladimir Putin is ready to send a delegation to Belarus capital of Minsk, which has previously hosted rounds of peace talks over the Ukraine crisis.