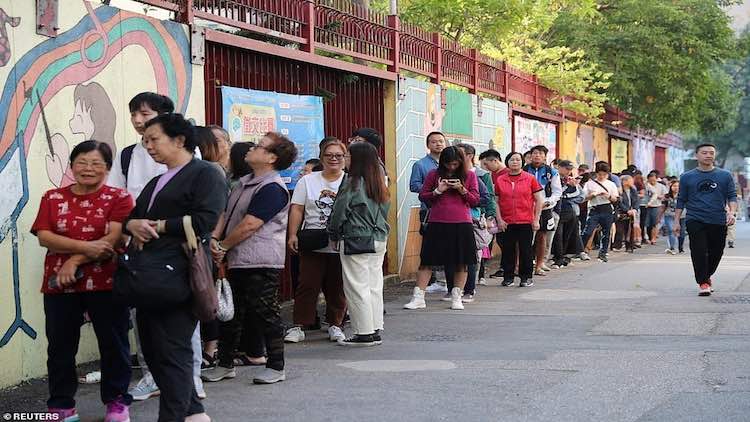 Pro-democracy groups are headed for a huge win in the district council elections in Hong Kong, which has seen unrest for five months. Also, pro-Beijing candidates have received a heavy blow in the elections. District council elections were held in a peaceful atmosphere in Hong Kong, which has been dealing with protests against the Extradition Bill for nearly five months.
Also Read:
Surat Crime Branch Busts Fake Currency Racket

While there was record 70% voting in these elections, there was only around 47% voting in the district council elections of 2015. After voting, the counting of votes is on and in initial trends, pro-democracy candidates are ahead on 278 seats while pro-Beijing candidates are ahead on 42 seats. Independent candidates are ahead on 24 seats. A total of 452 councillors are chosen from among 18 districts in Hong Kong’s district council elections. According to trends, pro-democracy candidates have maintained lead in 12 districts. The total population of Hong Kong is 74 lakh and the total number of voters is 41 lakh. Here, councillors who win the district council elections play a significant role in choosing the chief executive of the city. This election is also being seen as a test for Hong Kong leader and chief executive Carrie Lam.  If the result is in favour of pro-democracy candidates, then it will be a huge blow for pro-Beijing groups. Watch the full report here: