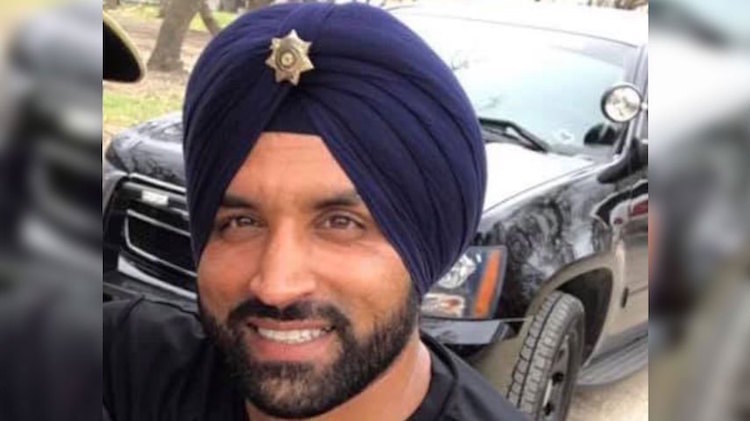 An Indian-American Sikh police officer described as “a trailblazer” was shot and killed while making a traffic stop Friday near Houston. Deputy Sandeep Dhaliwal, 42, the first Sikh to become a deputy at a Houston-area sheriff's department, was fatally shot in the head from behind Friday, Harris County Sheriff Ed Gonzalez said.

Deeply grieved to learn of the shooting of Deputy Sandeep Singh Dhaliwal, a Sikh Indian-American officer in Houston. We have just visited that city. My condolences to his family. https://t.co/BBUJOFcjB8

I’m sad to share with you that we’ve lost one of our own. Our @HCSOTexas was unable to recover from his injuries. There are no words to convey our sadness. Please keep his family and our agency in your prayers. #HouNews

As Dhaliwal stopped a vehicle with a man and woman inside, one of them got out and shot him "ambush-style" at least twice in a "ruthless, cold-blooded way." "In a cold-blooded manner, ambush-style, (he) shot Deputy Dhaliwal from behind," Gonzalez said. The gunman and the woman were taken into custody, the police said. Robert Solis, 47, has been charged with capital murder in connection with Dhaliwal's murder, the sheriff's office said via Twitter.

Robert Solis, 47, has been charged with the capital murder of Deputy Sandeep Dhaliwal. #hounews pic.twitter.com/ZGOzfEXqcc

He was called a trailblazer who paved the way for other Sikhs to join the department. "Deputy Sandeep Dhaliwal was a trailblazer. He was an example for many. He represented his community with respect and pride," said Commissioner Adrian Garcia.

Deputy Sandeep Dhaliwal beamed with pride when then-Sheriff @AdrianGarciaHTX announced he could wear his Sikh turbin and a beard while on duty. #hounews pic.twitter.com/BN3wnqYoCP

Dhaliwal was a 10-year veteran who is survived by his wife and three children.

Our Harris County community loves their law enforcement officers. Not surprised to learn that a community-led vigil is being organized this evening to pay respects to Deputy Dhaliwal. He’s an incredible loss not only to our @HCSOTexas family but to the entire community. #HouNews pic.twitter.com/V4fdgHOkmK