How Many Indian Students In Ukraine, And Why Do They Leave? 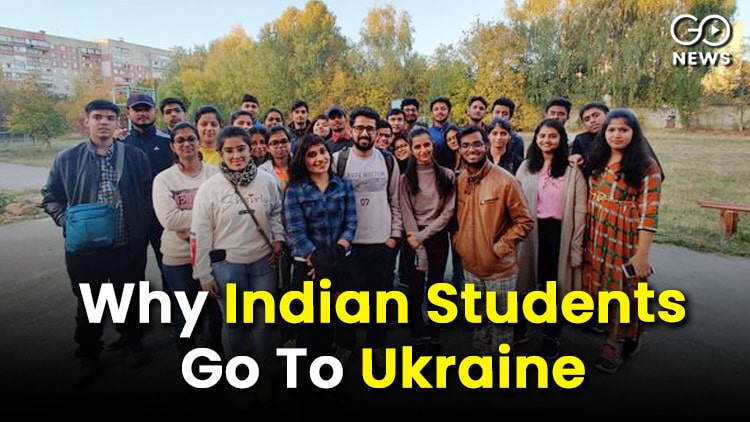 Thousands of Indian students and citizens are stuck in Ukraine after Russia launched a military operation three fays ago, with many seeking shelter in metro stations and bunkers. Many have also been compelled to walk on foot with their families and children for several kilometres to reach locations away from the capital Kiev or towards border crossings into neighbouring countries of Ukraine.  It is being reported that upwards of 16,000 Indians are presently stranded in Ukraine.  On February 20th, the Indian Embassy in Kiev issued an advisory asking Indian citizens to leave the country in view of the deteriorating situation, although students say that all flights had already been booked by then.
Also Read:
Ukraine Claims 1,000 Russian Casualties As Conflict Enters 3rd Day: France, Netherlands Se

Before the Russian military operation, Air India had evacuated some citizens but the price of the ticket had increased significantly: from the usual ₹20,000 to ₹60,000, ₹70,000 and even ₹100,0000. Now that Ukraine has closed its airspace, these ‘expensive evacuation’ flights are now being re-routed over the airspace of Poland and Hungary.  Indian officials are reaching the borders of Ukraine by land, through Poland and Hungary, to assist and coordinate these evacuations. India has identified safe routes for its citizens to use and exit Ukraine. Foreign Secretary Harshvardhan Shringla said: “The safe route shave been identified. BY road, if you go from Kiev, you would reach Poland in nine hours and Romania in nearly 12 hours. The road has been mapped out. We are sending teams who [sic] will be present there so that we can provide help to our citizens”.  The Ministry of External Affairs (MEA) has also set up a dedicated 24-hour control room to assist and coordinate the exit of Indians and has reiterated that citizens should stay put at their present locations and minimize travel and outside exposure.  Why Do Indian Students Go To Ukraine?  According to the website ‘Study in Ukraine’, students go to Ukriane because it is cheaper to study medicine there, and the medical degree obtained there have international recognition from the World Health Organization (WHO), and all major international medical bodies. Getting a medical education in Ukraine also paves the way for settling and working in Europe. Large numbers of Indians prefer to setle in kraine after their study since India requires them to clear a Foreign Medical Graduates Examination (FMGE) before they can practice. Besides medical, students also pursue engineering in Ukraine.  How Many Indian Students Are There In Ukraine?  According to the website of the Ministry of Education and Science of Ukraine, there are 20,000 Indian citizens in the country of which 18,000 are students. Indians are the biggest group in the 76,000 students that go to Ukraine for pursuing higher education.  Around 4,000 Indians have been successful in exiting Ukraine since the conflict intensified, but 16,000 are still left behind. State governments in India have requested the Centre to ensure the safe return of students from their states
Lakhs Of Indian Students Have To Go Abroad For Education!  GoNews had reported earlier that due to a lack of suitable educational infrastructure, in 2021 alone there were more than 11 lakh (11,33,749) Indian students who left the country to study abroad, as against 11,33,749 in 2020, although it is estimated that this figure may represent less than the actual number.  The COVID-19 pandmeic in 2020 and the resultant lockdowns and travel restrictions within and between countries resulted in a reduction of Indians going abroad to study as they were attending online classes. After relaxation of curbs and the global ‘end’ of the pandemic, the numbers showed an uptick again. In 2018, there were 520,342 Indian students going abroad for studies which increased to 588,931 in 2019.  Consulting firm Red Seer in its report titled ‘Higher Education Abroad’ estimated that thre will be 18 lakh Indian students studying abroad by 2024, and total expenditure incurred by them would be $85 billion, coming to ₹89 lakh per head. By comparison, the Indian government spends a little over ₹10,000 per student.