India 'Balances' US And Russia, Abstains From UNSC Vote On Ukraine 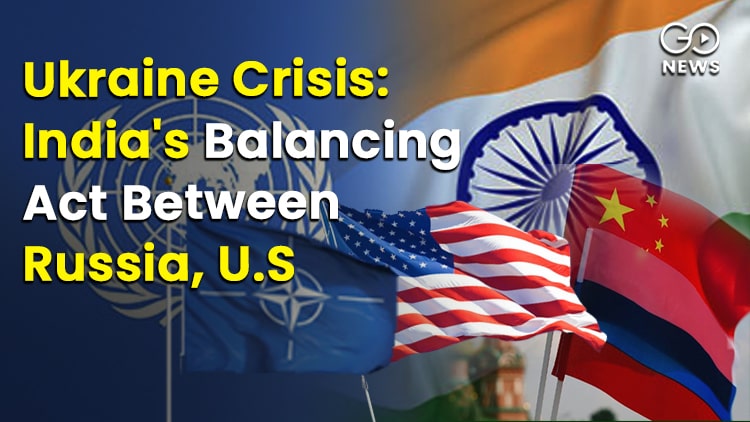 Yesterday, India abstained from a Security Council vote on whether to discuss the circumstances in Eastern Europe which has become a site of a stand-off between Russia and the NATO reminiscent of the Cold War era. India, Gabon, and Kenya abstained from the vote while only China supported Russia, which meant that Russia lost the vote. Russian Deputy FM Sergey Vershinin visited New Delhi for talks yesterday as well, where he informed “Indian friends” of Moscow’s perspective of the crisis characterized by “tensions fanned by the Western nations, NATO and the United States”, as per releases by the Russian Embassy.
Also Read:
Pandemic Lifesaver MGNREGA Gets a Short Shrift in Budget 2022: Outlay Slashed 25%

This comes amid an intense apprehension in the West that Russia is poised to “invade” Ukraine, since it has moved more than 100,000 troops to its borders with Ukraine, and the European Union and the United States have warned Russia of severe “consequences” if that were to occur. Russia has also reportedly deployed an unspecified number of troops in Belarus and has planned military exercises with Minsk. "The goal of the exercise is to fine-tune the tasks of suppressing and repelling external aggression during a defensive operation, countering terrorism and protecting the interests of the Union State (Russia and Belarus)”, the Interfax news agency said, quoting Deputy Russian Defence Minister Alexander Fomin. The development was reported by Reuters on January 18th, 2022. India Balancing Moscow And Washington Under Shadow Of CAATSA Sanctions India’s move is being seen as an attempt to engage both Washington and Moscow. The Biden administration is yet to decide on whether India will get a waiver of sanctions that it has qualified for after purchasing the S-400 missile system from Russia in 2018 in a $5.5 billion deal. This week, on January 28th, the United States stated that India’s purchase of the S-400 missile system “shines a spotlight on Russia’s destabilizing role” and further, that: “We continue to urge all countries to avoid major new transactions for Russian weapon systems”. Commenting on the possibility of sanctions on India, State Department spokesperson Ned Price said that the decision was still open to the United States: “When it comes to CAATSA sanctions, you've heard me say before, we haven't made a determination with regard to this transaction, but it's something we continue to discuss with the government of India given the risk of sanctions for this particular transaction under CAATSA”. Countering America's Adversaries Through Sanctions Act is a legislation by the U.S. government that targets Iran, DPR Korea (North Korea), and Russia. UN Urges “Diplomatic Solution” Two days ago, on January 31st, the United Nations’ Under-Secretary-General for Political and Peacebuilding Affairs, Rosemary A. DiCarlo, said that it is important to avert a military clash between NATO and Russia, and echoed the Secretary-General’s appeal that “there is no alternative to diplomacy”. It expressed a positivie sentiment twoards the series of diplomatic efforts made this year to de-escalate tensions, although they have been able to achieve only incremental progress at best.  These meetings include the Organization for Security and Co-operation in Europe (OSCE) summit held in January 13 in Vienna, Austria, and a round of talks between US Secretary of State, Antony Blinken, and Russian Foreign Minister, Sergey Lavrov in Geneva on 21 January. The Normandy Format, a group of four countries created after the 2014 Russia-Ukraine conflict which saw the Crimean peninsula annexed by Russia, is also scheduled to meet in the second week of February. It includes France, Germany, Russia, and Ukraine.