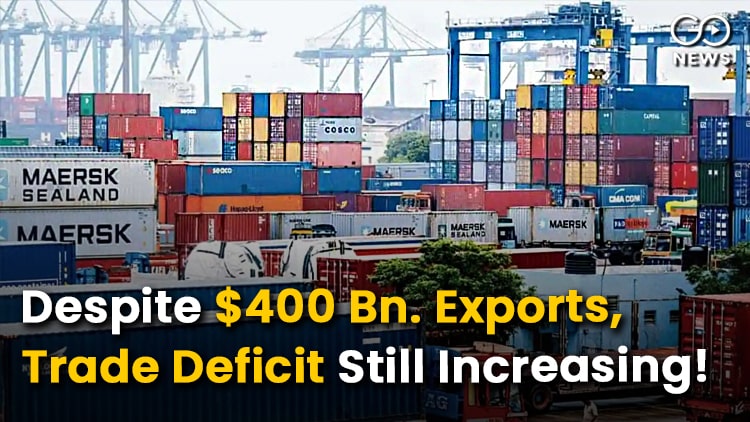 At the end of January 2022, the Economic Survey 2021-22 stated that India had exported goods worth $301.4 billion, well on its way to achieving the $400 billion exports target. The survey had noted that POL exports (petroleum, oil, and lubricants) had risen notably to around 15% of the total. Though the rise in exports has been termed a seen as a broad-based expansion,  one of the important drivers has been the rising prices of oil globally due to supply disruptions and sanctions amid the Russia-Ukraine war that is set to complete a month since its beginning on February 24. Petroleum Exports See Largest Annual Increase In FY 2022!  Merchandise exports excluding gold and oil exports increased from $238 billion in FY 2021 to $283 billion in FY 2022. The export value of petroleum products has seen an annual rise of 114% in FY 2022. Engineering goods led India’s merchandise exports at $101 billion, with a 26.9% share of total exports in FY 2022 and 31.8% increase over FY 2021. Gems and jewellery, Cotton, fabrics, and handloom products, electronic goods, chemicals, plastic and linoleum products are some of the headings which saw an increase in export volumes. As at the time of writing, Brent and WTI futures are trading at $122 and $114.90 respectively, giving a fillip to petroleum exports but also increasing India’s crude oil import costs. India is the third largest importer of crude oil and ships in around 84% of its needs. Brent crude futures reached $127.1.  Therefore, while achieving the ‘exports target’ of $400 billion is being lauded as a 37% annual rise, the trade deficit has increased nevertheless not only because of direct costs but because of overall inflationary pressure on commodity imports. Some examples are sunflower oil, with direct bearing on domestic retail inflation, and phosphatic fertilizer which can impact the agriculture sector and farm subsidies. Even though India’s (merchandize) trade with Russia is 1.3% of its total trade, it has increased from ₹41.372 billion in January 2021 to ₹89.892 billion a year later in January 2022, growing from ₹72.470 billion the previous month in December 2021. The rising prices of crude oil since the U.S. imposed an embargo on Russian oil imports on March 8th has had a ‘spill-over’ effect in terms of inflation in prices of other commodities that India imports from Russia and Ukraine. This leads to higher import costs that ultimately widens the current account deficit, of which the trade deficit is a significant component.  So even as Prime Minister Narendra Modi and his government praise the ‘exports target’ of $400 billion as an example of ‘Aatma Nirbhar’ (self-reliant) India, the fact remains that its trade deficit, i.e., reliance on the outside world for goods and services, remains on an upward trajectory.