Taliban took over Kabul on 15th August. India had not maintained relations with the group in 1996-2001. Now regional challenges will emerge for India. 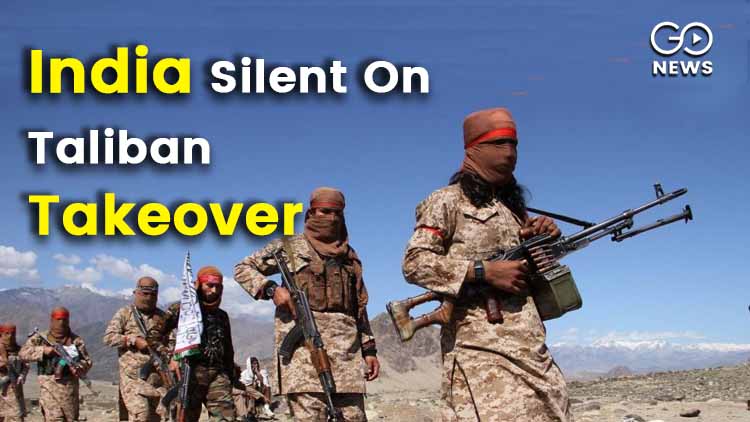 On 15th August, the Taliban took control of Afghanistan’s capital city Kabul, concluding a rapid insurgency that had gained momenturm after U.S.-led N.A.T.O troops announced their withdrawal by the end of this month. After the previous Afghanistan President Ashraf Ghani fled the country and the militants established control, China and Pakistan have expressed support for the new Taliban regime while India is yet to state its position on the development.
Also Read:
Red Alert 2021: Global Floods And Wildfires Signal Coming Climate Catastrophe

The UN Security Council currently under India’s presidency will discuss the Afghanistan situation today (Monday). At the peace talks this month in Doha, Qatar, India had reiterated along with other participating countries that it will not recognize a government imposed by military force. It remains to be seen what the diplomatic posture of India will be regarding the new Taliban regime, which is back in power after being unseated by the United States in 2001 during the “War On Terror”.   Meanwhile, the Punjab Chief Minister has urged the Ministry Of External Affairs (MEA) to ensure "immediate evacuation of all Indians, including around 200 Sikhs, stuck in Afghanistan after the Taliban takeover". Union Minister of Petroleum and Natural Gas Hardeep Singh Puri said that the MEA and other competent authorities will carry out the evacuations of “Sikhs & Hindus” from Afghanistan even as other countries such as Italy, New Zealand, and Saudi Arabia pulled out their citizens, embassy staff, and Afghan workers from the country. As with other countries, India has also agreed to take in Afghan nationals as refugees, but the new Citizenship Amendment Act provides this status to non-Muslims only.

Ministry of External Affairs and others who are responsible for it will make all the arrangements: Union Minister Hardeep Singh Puri on the evacuation of Sikhs & Hindus from #Afghanistan pic.twitter.com/RoAm1cc2fL

The conflict and instability of today mirrors the situation in the 1980’s when Afghanistan became a proxy battleground between the erstwhile USSR and the United States. Afghanistan has attracted the attention of neighbouring powers for its strategic importance. 2,448 American and 1,144 allied military personnel and 3,846 contractors lost their lives in the conflict while 66,000 Afghan security forces, 47,245 civilians, and 51,191 Taliban and other insurgents have been killed in the conflict.   India enjoyed close ties with the Ashraf Ghani government even though its regional diplomatic influence was limited. India had contributed USD $3 billion in nation-building infrastructure in Afghanistan such as roads, bridges, and dams, along with the Parliament building inaugurated in 2015, which had cost India USD $90 million to construct. Thus, the Taliban takeover is a risk not just to Indian officials and nationals but also to the progress of economic development.   India had diplomatically isolated the Taliban regime in Afghanistan in 1996-2001 along with most of the world except Pakistan, UAE, and Saudi Arabia. With the Taliban victorious after their overthrow 20 years ago, it may be time for New Delhi to reposition itself. Though the Taliban is focused within Afghanistan, the inspiration from this development may spread outwards to Kashmir and complicate the security situation there. India is yet to make its official stance on the Taliban regime clear, and with that, a new set of geopolitical configurations will emerge in the region, with China, Pakistan, Iran, and Russia being the other important players.