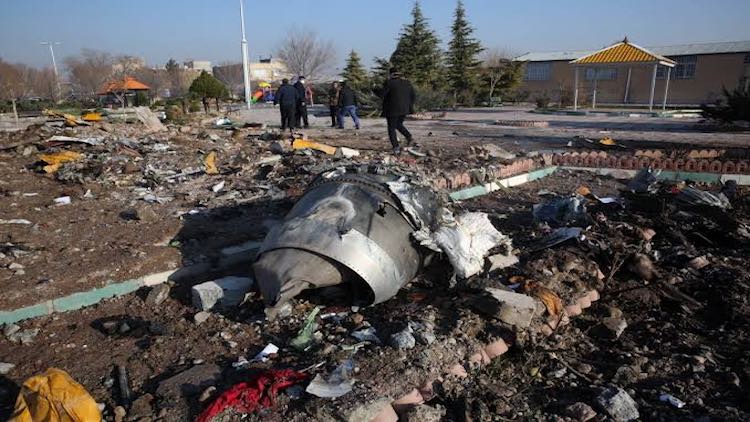 An Iranian missile brought down a Ukrainian airliner that crashed shortly after takeoff from Tehran killing everyone on board, leaders of the US, the UK and Canada has claimed. Canadian Prime Minister Justin Trudeau cited intelligence which suggests that Ukraine's Boeing-737 passenger plane crashed due to Iran's missile attack, adding that Iran may have "accidentally" downed the Ukrainian jet. The leader has called for a full and thorough investigation into the crash, which killed all 176 people, including 63 Canadians. Also Read: Stage Set For India Vs Sri Lanka 3rd T20 In Pune

“We recognize that this may have been done accidentally,” the Canadian leader, Justin Trudeau said at a news conference in Ottawa.

Prime Minister Justin Trudeau speaks in Ottawa following the fatal plane crash outside of Tehran, Iran, that claimed the lives of 176 people, including 63 Canadians. pic.twitter.com/uMTdY11jDO

On the other hand, Ukraine has sought unconditional help from the United Nations to probe the accident. However, Iran has ruled out a missile attack on Ukrainian airliner and asked Canada to share an intelligence report. Also, Iran has called on Boeing officials to conduct an investigation into the crash. The plane crashed just hours after Iran targeted two US military bases with over a dozen ballistic missiles in Iraq.

The footage i've got from a source - the moment the missile hit the #Flight752. I can't verify the video yet! but please let me know if you find anything. I'm in contact with the person who send this video to see if I can get a version of video which has a meta data on it pic.twitter.com/HtesW5uecB

Of all 176 passengers killed in the crash, 82 were from Iran, 63 from Canada, 11 from Ukraine, 10 from Sweden, 4 from Afghanistan and Germany, 3 were from Britain.
TAGS US military bases UK US Iraq iran plane crash Iran missile strike Iran Justin Trudeau Ukrainian Boeing 737-800 Ukraine International Airlines Ukrainian airliner Iranian Missiles

By GoNews Desk 10 minutes ago