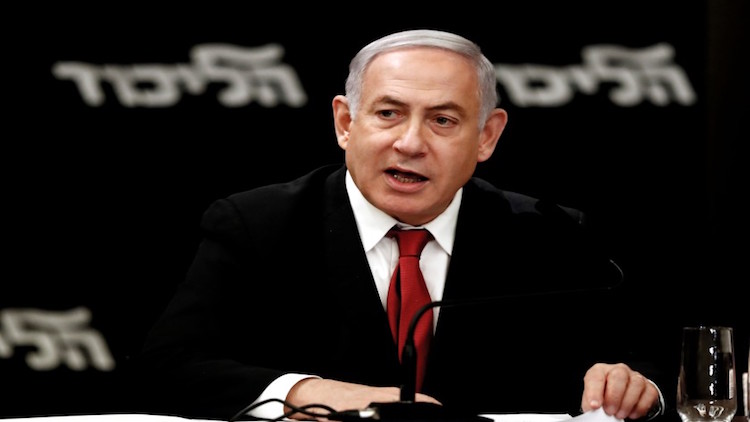 The Israel Prime Minister Benjamin Netanyahu returned the mandate for forming a new government to his opposition leader Benny Gantz after failing to cobble together enough support for a coalition within the 28-day time frame. This is the second time in six months that Netanyahu has failed to form a government after an election. September's poll saw Mr Netanyahu's Likud party win 32 seats and Mr Gantz's Blue and White party 33. Both parties failed to secure a majority of the 120-seat Knesset (parliament). President Rivlin initially selected Mr Netanyahu, the incumbent, as the candidate with the best chance of successfully forming a coalition. Also Read: Maharashtra & Haryana: State Of The States

However, Netanyahu announced in a video, that he had come up short despite working "tirelessly" to establish an administration with Gantz but had been repeatedly rebuffed. President Rivlin said he would give Mr Gantz 28 days to carry out the same negotiations.  If Mr Gantz also fails, the parliament could put forward a third candidate in a final bid to avoid another poll. Watch the full report here:

Israel's long-standing PM #BenjaminNetanyahu has failed to stitch up a coalition government after September's general elections. Netanyahu's rival #BennyGantz of the Blue and White party will now attempt to form a government. pic.twitter.com/jsetwzxbdE

COVID-19: At Least 10 States Are Under Complete Or Partial Lockdowns. See List