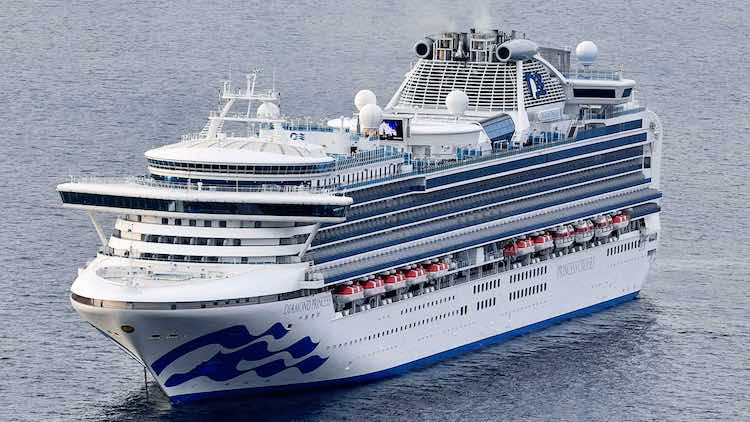 Thousands on board the Diamond Princess cruise ship will be spending the next fortnight stuck off the Japanese port of Yokohama, after at least 10 people tested positive for novel coronavirus. The infected would now be sent to medical organisations. Japanese Health Minister Katsunoby Kato said on Wednesday: "The 10 infected people will be transported to a medical facility while the rest of the about 3,700 people will remain quarantined on board the Diamond Princess for 14 days."
Also Read:
LIC Unions Protest Government's Move To Sell Stake

On Monday, the Japanese government said it would quarantine the vessel after an 80-year-old passenger who sailed on it last month tested positive for the virus after he arrived home in Hong Kong. Health checks began after several staff members reported symptoms including fever.  The cruise which was coming from Hong Kong has more than 3,700 passengers and crew on board, of which 300 have been tested so far. The number of infected could rise as more results come in. In China alone, there are now more than 24,300 cases of the virus, with the death toll at 490.