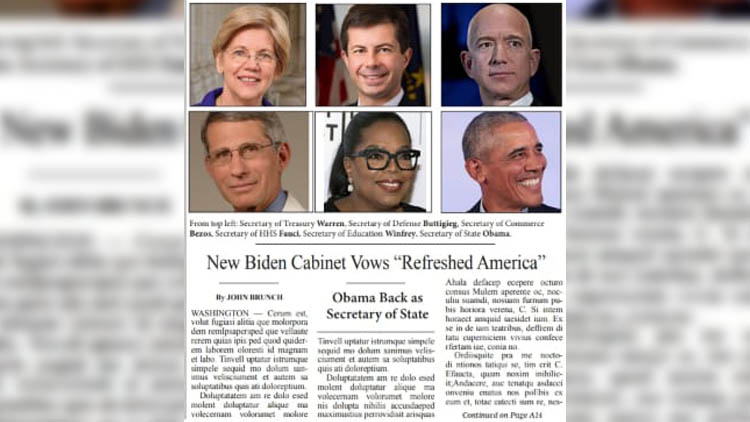 It’s a new dawn in America. Joe Biden has become President and Jeff Bezos and Obama are in the new cabinet. That’s the genius of an amazing mock-up of a New York Times future edition for January 20, 2021. The masthead simply says ‘Parody created by Barry and Geoffery Golson’.

So the good news is that Trump has been banned for life from twitter (retweet please) and Attorney-General Kamala Harris has indicted present Attorney-General William Barr (who ordered authorities to clear protesters near White House). 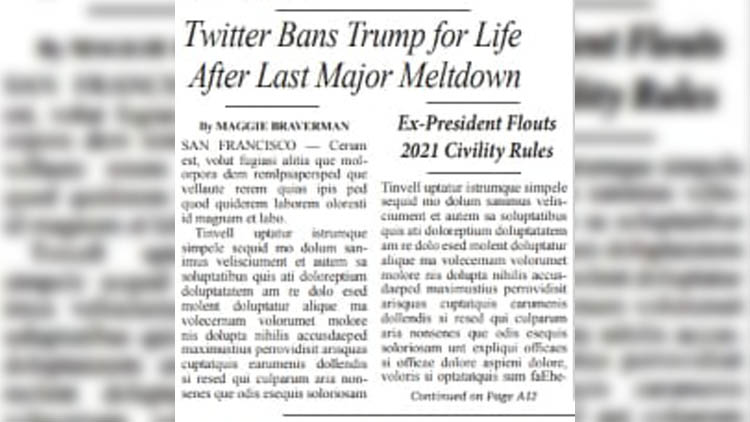 There’s more. A refreshed America sees a Cabinet in which Barack Obama is Secretary of State, Oprah Winfrey is Secretary of Education and the Secretary of Commerce is Amazon giant Jeff Bezos. Also, a Health Plan is approved (millions of Americans currently cannot afford health care) and a Wealth Tax gets the green signal. (at last). Another standout is the “Ethics Chief makes Presidential Lying A Federal crime”. There are some gems in the tail of the page. Such as… “Memorial services for Hydroxychloroquine victims” and “Pompeo sought by Interpol”.

-Biden inaugurated, nightmare is over

-Past inspectors are back at work

It’s news many in a riot and COVID-19 torn America hope for, as do many others in the world who have seen the moral authority of the leadership of the most powerful nation plummet. The NYT future edition is simply seeking to Make America Great Again.