Kamala Harris Opts Out Of 2020 US Presidential Race 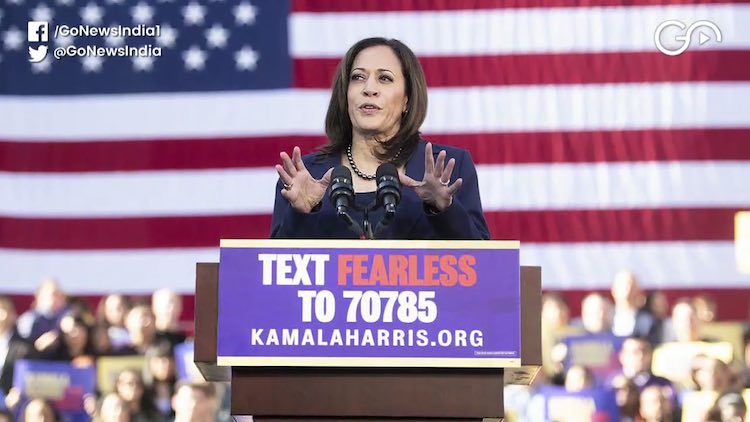 Indian-origin California Senator Kamala Harris will not contest the U.S. Presidential election to be held in November next year.  Democratic Party Senator withdrew her name from the race on Tuesday. Also Read: How Much Black Money Is Stashed Abroad?

To my supporters, it is with deep regret—but also with deep gratitude—that I am suspending my campaign today.

But I want to be clear with you: I will keep fighting every day for what this campaign has been about. Justice for the People. All the people.https://t.co/92Hk7DHHbR

Meanwhile, U.S. President Donald Trump tweeted on Harris’ decision to quit the election race and wrote sarcastically, “Too bad. We will miss you Kamala!” Harris also tweeted in response to Trump’s tweet and said, “Don’t worry, Mr. President. I’ll see you at your (impeachment) trial.”

Harris is a Democratic Senator from California. She had announced her candidature for the Presidential election in January this year. Since staking her claim for the post of President, Harris had collected $2.3 crore. Watch the full report here:

California Senator @KamalaHarris ended her 2020 US #Presidential campaign on Tuesday, a sudden departure for a candidate who was once seen as the most promising contender for the Democratic nomination#Democrats #PresidentialRace pic.twitter.com/iGWXHBqrgo