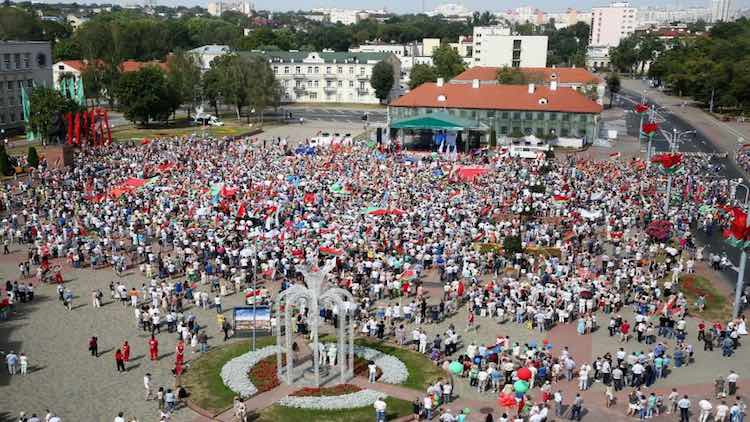 Tens of thousands of people have taken to the streets in capital Minsk to expel Belarus President Alexander Lukashenko from power. The protesters have gathered at the main square outside the parliament in the capital carrying a red and white flag. The protesters allege that President Lukashenko has defrauded the election and should step down from his post. Also Read: Watch: Digital Avatars Of IIT Bombay Students Attend Virtual Convocation Amid Pandemic

Lukashenko is called the last dictator of Europe. He has been in power in Belarus for 26 years and is making every effort to quell the protests. In a video released by Belarus government television, the president is shown getting off the helicopter with Lukashenko holding a black flak jacket and an assault rifle. Elections in Belarus were held on August 9, in which 80 percent of the votes were received by Lukashenko. At the same time, opposition leader Svetlana Tikhanovsky got only 10 percent of the votes. But the opposition parties rejected the results alleging vote-rigging. The protests which were spearheaded by the opposition parties, have taken over by the protesters. In addition to the capital Minsk, thousands of people have gathered in other cities. These demonstrations are also getting strong support from the media.
TAGS Belarus President Protests minsk vote-rigging President Lukashenko Belarus Protests Belarus