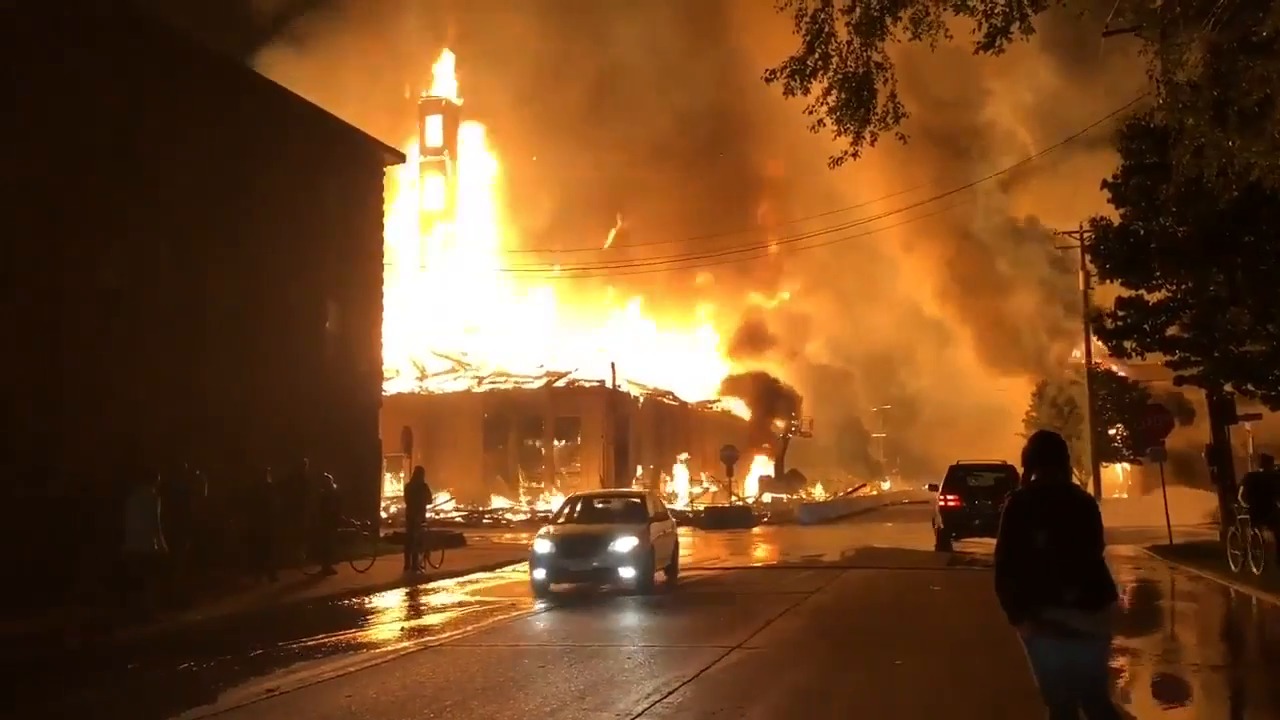 Riots and looting are continuing in the US city of Minneapolis after the death of 46-year-old George Floyd, an unarmed black man who died after a police officer sat on his neck for a prolonged period in broad daylight. A video showing the incident has sparked outrage across the US on a scale seen in the Rodney King episode which set off the LA riots in 1992.
Also Read:
ICC Defers Decision On T20 World Cup & Other Matters Till June 10

The police station in the precinct where the killing took place was set on fire. Police at several locations fired rubber bullets and used tear gas against at protestors. Several offices and businesses have been burned down in arson and looting incidents.

The Minneapolis Police Department’s Third Precinct has been set on fire pic.twitter.com/h85rjffLgc

Minnesota Governor has called in the National Guard to control the situation. In a statement he said that "George Floyd's death should lead to justice and systemic change, not more death and destruction”.

While the policeman involved has been dismissed from service there are now calls for criminal charges to be filed against him. Also liable will be accompanying policeman who stood by and watched the attack on Floyd.

It's righteous anger against racist police.

It's called ENOUGH IS ENOUGH.

The video of Floyd’s death shows him pleading saying “I can’t breathe’. Shortly before dying, he can be heard calling out for his mother. He was earlier stopped by the police and asked to step outside of his vehicle. The police claim he was physically resisting arrest but the video footage prior to his being pinned down shows no evidence of this.