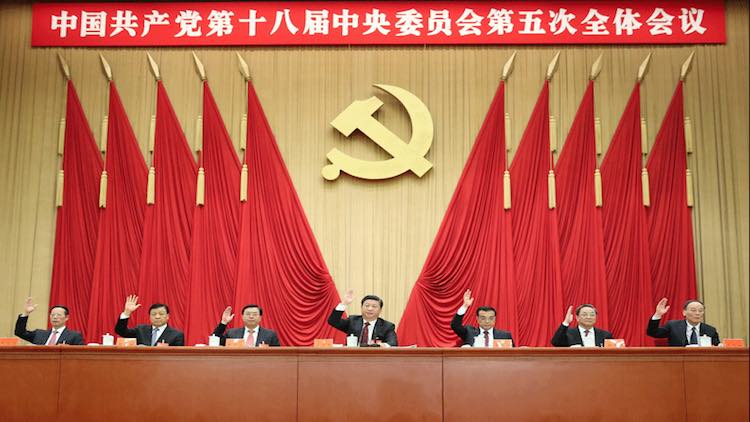 After four days of closed-door meetings, the Chinese Communist Party’s top leaders unveiled the 14th Five-Year Plan for development over 2021-25 and outlined a vision for the economy as far as 2035. With this, China marks the start of the pursuit of the second centenary goal to build a "modern socialist" country. Under the goals, China aims to achieve modern socialism by 2035, with innovations as the “key driver”. Citing “decisive achievements’ over the last five years and “major strategic results” of the COVID-19 pandemic, Chinese leadership offered sweeping targets in a wide range of areas, from economy to military to agriculture to technology.
Also Read:
United Against Terrorism: World Leaders Condemn France Attack

Income: China hopes to double its current GDP of 100 trillion yuan ($14.89 trillion) in 2035, and double per capita GDP of $10,000. That would require a real GDP growth of around 3.5% annually. At this rate, China could topple America as the world’s top economy within a decade. Agriculture: The 14th plan aims to strengthen agricultural security using “dual circulation” model of green development and self-sufficiency, along with technological upgrade of farm production. National Defense: As the communique stated, “a strong country must own a strong army. Only a strong army can deliver national security,” China aims to reach national defence and army modernity by 2035, with development of advanced military equipment. Beijing also calls for the peaceful unification of Taiwan, and to ensure the long-term prosperity of Hong Kong and Macau. Energy: The energy goals include a target of almost 20% share of non-fossil energy in national energy consumption by 2030, with wind and solar as key growth industries. Ageing: The speed and scale of China’s ageing is unprecedented in modern world development. Before becoming a rich society, China would become an aged-society, with a population of over 14% in 2022 to 35% in 2060 to 40% in 2100. The process for China to go from a deeply aged society (14%) to a super-aged society (20%) would take 11 years. (2022-2033) Digital Economy: On its digitalisation plans, China will invest more in its “new infrastructure” including 5G networks, AI and data centres. Besides, the communique stated that China’s digital currency and banknotes will coexist in the long haul and that China should simultaneously build a unified global digital currency. It further said digital RMB will become a preferred tool for large-value transactions. Technology: Beijing aims to lead globally by 2035 in New Energy Vehicles (NEV) battery technology. Revealing Technology Roadmap 2.0, it aims to convert all passenger cars running on traditional energy to hybrid cars. The communique also said 50% of new car sales in 2035 will be new EVs in China.