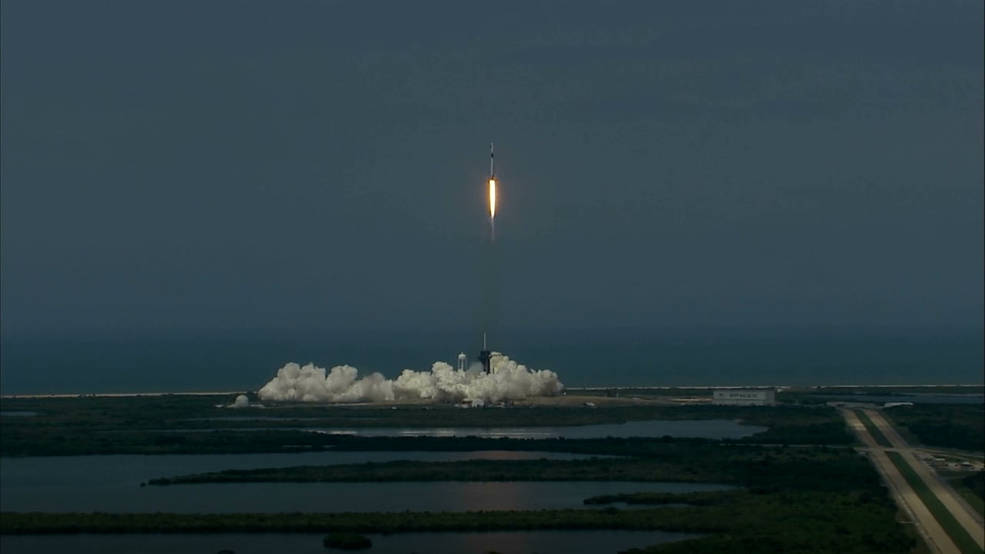 Elon Musk’s SpaceX became the first private vehicle to carry NASA astronauts to the International Space Station after a successful historic launch from the Kennedy Space Centre in Florida early on Sunday 1.50 am (IST)

This is the first human spaceflight from US soil since 2011 when the shuttle programme was shut down. “Today a new era in human spaceflight begins as we once again launched American astronauts on American rockets from American soil on their way to the International Space Station, our national lab orbiting Earth,” said NASA Administrator Jim Bridenstine. “I thank and congratulate Bob Behnken, Doug Hurley, and the SpaceX and NASA teams for this significant achievement for the United States. The launch of this commercial space system designed for humans is a phenomenal demonstration of American excellence and is an important step on our path to expand human exploration to the Moon and Mars.” It was the second attempt after bad weather called off a launch earlier this week. The Crew Dragon vehicle is designed to "automatically dock with the International Space Station without the need for any user input".