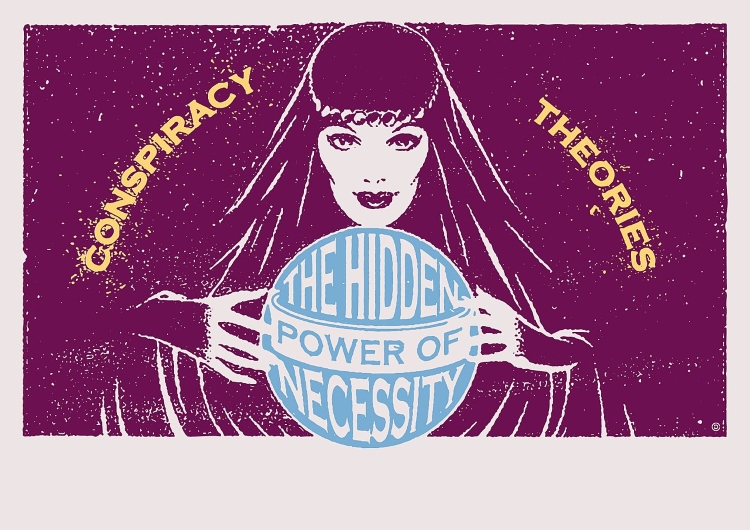 Most of us are locked down at our homes, with few of us working, doing house chores, and then scrolling the internet to beat the boredom, amid all this, conspiracy theories are running wild on the internet, taking advantage of our current fear and anxiety induced by the pandemic. Conspiracy theories by nature are not completely false but are not entirely true either, some are a kind of a hybrid of more fake and a bit of cherry-picked truth but some are straightway rubbish and baseless. Some of the most famous conspiracy theories are, fake moon landing by the US in 1969, the Illuminati, “Earth is Flat” and thousands of others, varying from countries to countries. Though such theories earlier had a less direct impact and audience, with the rise of the internet and now with so much free time during the lockdown, it has become a serious menace.
Also Read:
COVID-19: Over 1 Lakh Cases In India, Death Toll At 3,163

As humans try to keep themselves updated during the virus crisis, most depend on the internet as their primary source of information. In pursuit, they are encountering theories they have never read or heard but are so convincing to them that they slide deep down the rabbit’s hole to know the "hidden truth".  Diminishing Trust Towards Authorities With a global rise of mistrust towards politicians, authorities, and public institutions, many are forced to doubt their beliefs. For example, according to one of the most popular conspiracy theories right now, the WHO delayed its response against the virus in a bid to help China take over the world or the “bioweapon theory” which says that the novel coronavirus was created inside a lab by the Chinese as a bioweapon in an effort to topple the hegemony of the US as a superpower. So if the public turns cynical towards the WHO, everything they say will be treated with suspicion. But most of these theories have no evidence to back their claims. Though not all the theories are false such as the tobacco companies lied to the public about the ill effects of smoking, some are proven right but(this is the important part) with facts, independent investigations conducted by trustable institutions.  Global Phenomenon  In Germany, anti-vaccine conspiracy theories are on the rise according to which vaccines harm an individual and are no good for society. Before the global lockdown, these theories had few supporters and very shunned by the mainstream audience but with most of the humans locked up inside their homes with mounting anxiety and internet being the only source to know what’s happening around, these theories now have admirers in big numbers. In the US, after the Bill Gates conspiracy theory, which blamed the Microsoft founder for the spread of the virus and claimed this could be an attempt by the billionaire philanthropist to inject a surveillance device through mass vaccination program, a viral video titled ‘Plandemic: The Hidden Agenda Behind COVID-19’ is doing rounds propagating the “plandemic” theory which claims that the coronavirus is deliberately engineered to increase vaccination rates. In the UK, citizens are setting 5G masts on fire in the fear that these are responsible for the rapid spreading of the coronavirus and conspiracy theorists like Barrie Trower are pushing loads of propaganda against 5G blaming it for degrading the immune system and alleging that there is a big ongoing cover-up by powerful forces in the telecommunications industry. Role of Social Media And Celebrities The key amplifiers of these half-baked theories are social media giants like Facebook, Twitter, Youtube, etc whose algorithms allow such content to reach our feed easily. Without media literacy, people can’t differentiate between a conspiracy theory and real story since we consume a lot of content on the internet and it’d be extremely burdening for our brain to thoroughly cross-check everything we encounter on the glass screen. The absence of traditional gatekeepers like in news media leads to the spreading of misinformation faster than true information. Celebrities are not immune to this just like anyone on the planet. A-list actor Woody Harrelson, star tennis player Novak Djokovic, Professional boxer Amir Khan, Hollywood actors Bruce Willis, Mark Ruffalo, Marion Cotillard, and Charlie Sheen; the list of celebrities who believe different conspiracy theories is too long and mind you, these celebs are followed by millions and their views have a huge impact on their followers. What Does Science Say? In a paper published in the Frontiers of Psychology in 2013 Bradley Franks, Adrian Bangerter, and Martin W Bauer argue that conspiracy theories have a religion like influence on individuals, barring the rituals and prayers of course. According to them, these theories create an alternate narrative in the time of a crisis to “reduce the complexity presented by such events, contain the uncertainty they generate and translate unspeciﬁc anxiety into focused fears.”  It makes the theorists/believers feel special because of the belief that they know how things “actually” work in the real world and the more their beliefs are challenged the stronger their faith gets, so it's almost counter-productive to argue with them, as facts don’t matter much to them, their faith does.  What Should Be Done? John Cook, a cognitive science researcher at George Mason University and one of the authors of a new Conspiracy Theory Handbook suggests “inoculating” oneself and others from going down the conspiracy theory rabbit hole needs “efforts that should focus on protecting the public from exposure to those theories, by inhibiting or slowing the spread of conspiracy theories.” Cook argues in the handbook that if people are “preemptively” made aware that they might be misled, they could develop resilience in believing such outlandish theories, also known as ‘prebunking’.  Debunking those theories requires a more cautious approach since the claims if not directly and clearly refuted could lead to more exposure for those theories and one trying to debunk it might become its amplifier. Mocking it on your social media has the same amplifier effect. If you still wanna do it, use screenshots instead of retweeting/sharing it. Logic-based, Fact-based debunkings are some common practices, apart from giving the “believers” links to fact-checkers.