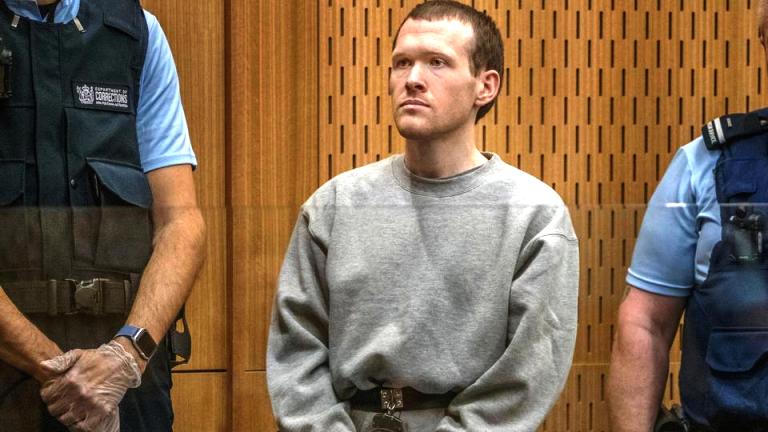 Brenton Tarrant, an Australian citizen who went on a killing spree inside two mosques in New Zealand’s Christchurch last year, has been sentenced to life imprisonment. Christchurch High Court Judge Cameron Mander citing the case against humanity clarified that the convicted Brenton would never come out on parole. On 15 March 2019, Brenton attacked two mosques in Christchurch, killing 51 people. While doing the terrorist act, Tarrant was live-streaming the mass shooting on Facebook.
Also Read:
Floods Cause India Loss Of Rs 11,400 Crore In 3 Years: Govt Data

After attacking two mosques, Brenton wanted to enter the third mosque but was caught alive by security agencies. A three-year-old child was among the 51 people killed. New Zealand was stunned by this horrific act of barbarism and so was the whole world. Prime Minister Jacinda Ardern had expressed solidarity by meeting the families of the victims. She called the incident an attack on New Zealand and refused to take the name of the accused. After the judgement, Jacinda Ardern said that the pain from this attack would never end. ‘I hope that after today there will be no need to take the name of that terrorist or listen. He deserves that he quietly cut his time behind bars in prison.’ she added.  Judge Cameron Mander of Christchurch High Court read out the names of all those who were killed and injured while delivering the verdict. He told Brenton that he destroyed the lives of so many people and he showed no mercy at all.  Judge Cameron also said that as much as he has understood, there is no remorse within the accused over the crime committed with the victims. The convict found himself disconnected from society, he intended to take revenge and harmed the society itself. After the sentence was pronounced, the judge asked Brenton if he wanted to say anything, but the convict standing quietly replied — “No. Thank you!” During the hearing that lasted for four days, the 91 victims told how much trouble Muslim society had to face because of the accused. During this time Brenton sat quietly. There were no expressions on his face. In New Zealand, there is no death sentence in the case of murder, instead, life imprisonment is given for murder. Death by hanging was abolished in the year 1961. Judge Cameron said that Brenton would not have the right to parole even once. He will have to spend his whole life behind bars.