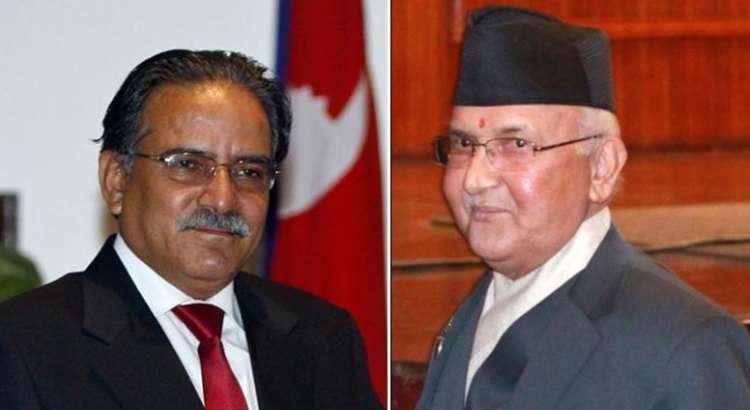 India's neighbouring country, Nepal, is going through a political turmoil. There are growing talks of Prime Minister KP Sharma Oli to be replaced within his own party. A meeting of the standing committee of Nepal Communist Party to decide the political future of Oli was to be held on Saturday morning but it has been postponed for now.

Earlier on Friday, a meeting was held between former PM Pushpa Kamal Dahal (also known as Prachanda) and KP Oli but no fruitful result came out of it. The two leaders later decided to meet again on Saturday. According to experts, Oli and Dahal loyalists of the Nepal Communist Party are face to face over several key issues.

The Dahal faction is demanding the removal of KP Oli from the post of party president and prime minister. On the other hand, Oli is accusing New Delhi of trying to destabilise his government. In counter to Oli’s allegations, former PM Prachanda said, 'PM Oli's allegation that India is conspiring to remove him is wrong from political point of view and also from diplomatic point of view.'

The 45-member Standing Committee of the Nepal Communist Party is a powerful body. According to media reports, Oli only has the full support of 15 leaders. Experts believe that to avoid any mishap, KP Oli can divide the party into two parts by bringing an ordinance in the House.

In May 2018, KP Oli and Dahal Prachanda formed the Nepal Communist Party. During this time the two leaders entered into a pact called the Sajjan pact.

The agreement reached on May 16 2018 acknowledged that both the leaders would serve for two-and-a-half years and two-and-a-half-years respectively. But in November 2019, Oli denied this and said that he would remain in the PM position for the entire five years and Prachanda would run the party as the Executive Chairman.