Questions Remain Over The Cause Of Ukrainian Plane Crash In Iran 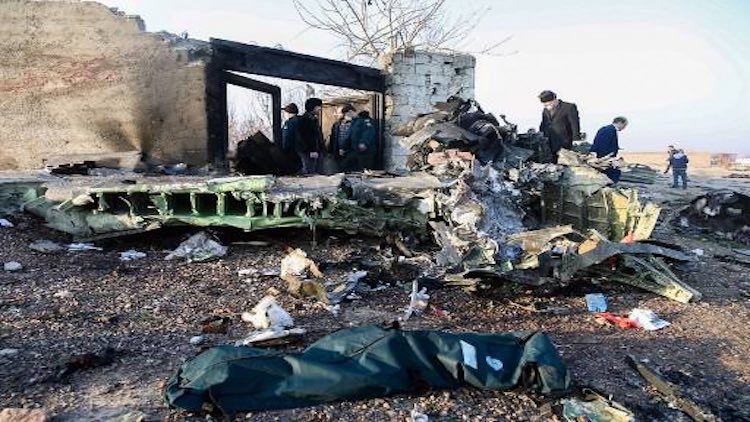 The circumstances of the Ukrainian airliner crash shortly after takeoff from Tehran that killed all 176 people on board remain murky. Ukraine International Airlines all but discounted pilot error and said given the crew’s experience, error probability is minimal. Also Read: Crude Oil Price Spikes As Tension Escalates In Middle East

Ihor Sosnovsky, vice president of operations said: “Tehran airport is anything but a simple one. Therefore, for several years UIA has been using this airport to conduct training on Boeing 737 aircraft aimed at evaluating pilots' proficiency and ability to act in emergency cases. According to our records, the aircraft ascended as high as 2,400 meters. Given the crew's experience, error probability is minimal. We do not even consider such a chance.”

By analyzing photos of debris, structural damage & blood spatter, and video of the crash, we determined that flight #PS752 had turned around and was heading back twd Tehran airport when it crashed, some 10 miles from where its transponder last pinged https://t.co/xfDphITO4H

1)
There are reports circulating about the Ukrainian Int’l Airlines flight PS752 being shot down shortly after take off from Tehran.

The plane crashed near the city of Shahriar, west of the Iranian capital.

This thread will cite many people.pic.twitter.com/5rxOSvIWh7

Ukraine International Airlines confirms air accident in Iran
We express our deepest condolences to the families of the victims of the air crash and will do everything possible to support the relatives of the victims.
Find more info here: https://t.co/gP3Ow4yWAq

Breakdowns of victims’ nationalities differed: Iran’s tally included 147 Iranians and two Canadians, while Ukraine said there were 82 Iranians and 63 Canadians. That may be because some passengers held dual citizenship. The pilots were: Captain Volodymyr Gaponenko with experience of 11,600 hours on Boeing 737 aircraft including 5,500 hours as captain, Instructor pilot Oleksiy Naumkin with experience of 12,000 hours including 6,600 hours as captain and First officer Serhii Khomenko of 7,600 hours. In the hours after the crash, Ukraine’s president has ordered an investigation into the crash. Iranian officials said they would work with Ukraine on the inquiry, but would not hand over the 'black box' — the flight data and cockpit voice recorders — to American investigators or to Boeing.
TAGS Ukraine International Airlines US Imam Khomeini International Airport Tehran canadians iran plane crash Iran Ukrainian airliner Ukraine