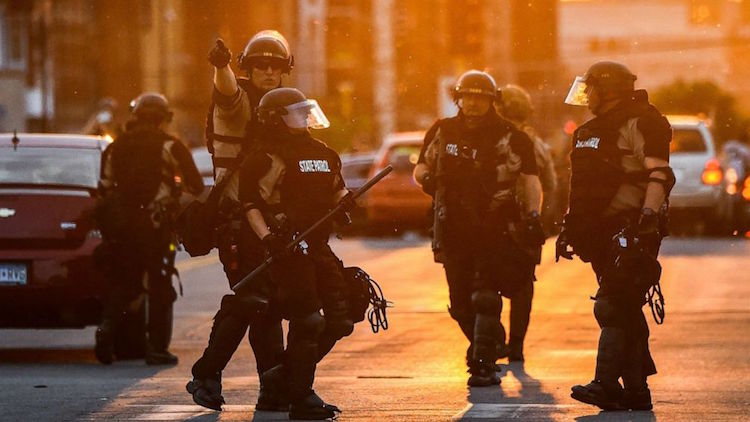 The U.S. Press Freedom Tracker is investigating nearly 500 reported press freedom incidents since May 26, representing the unprecedented nature of attacks on journalists during recent nationwide Black Lives Matter protests, according to a Committee to Protect Journalists statement late Wednesday. The incidents include journalists arrested, assaulted, hit with rubber bullets, pepper sprayed, tear gassed and threatened with weapons. A vast majority of the attacks involve alleged police abuse. The Tracker (https://pressfreedomtracker.us) has published 128 stories of confirmed press freedom violations in the past month -- detailing descriptions of 47 arrests and 125 physical attacks of journalists. The rest remain under investigation.
Also Read:
MP: Dalit Family Drinks Pesticide In Guna After Authorities Try To Run Bulldozer Over Thei

With First Amendment protections and robust media, the U.S. has long been a beacon of press freedom, but journalists in this country today face severe threats. Since it began collecting data on January 1, 2017, the Tracker -- managed by Freedom of the Press Foundation in partnership with the Committee to Protect Journalists and more than two dozen other organizations -- has documented press freedom violations ranging from arrests and subpoenas to physical assaults and equipment seizures. Between 2017 and 2019, the Tracker documented 429 cases, including the murder of four journalists and a media worker at the Annapolis Capital Gazette and the killing of Zack Stoner, a Black music journalist in Chicago. “CPJ helped create the U.S. Press Freedom Tracker in order to ensure that the discussion of press freedom in the United States is grounded in reporting and research,” said CPJ Executive Director Joel Simon. “The data right now is terrifying: The Tracker has received reports of nearly 70 journalists arrested, more than 200 assaulted, and at least two photographers with grievous eye injuries.” Data from the Tracker has also informed action and advocacy, from an unprecedented mission to the U.S. by international press freedom groups in 2017 to a CPJ report in 2018 on warrantless searches of journalists crossing U.S. borders. In response to attacks this year, CPJ and 72 other organizations sent a letter to President Trump demanding he uphold First Amendment values, while CPJ, FPF, and 55 partners called on governors, mayors, and police chiefs to take immediate action to protect journalists. Reporters Committee for Freedom of the Press publishes an annual survey of U.S. press freedom based on the Tracker’s data. “The U.S. Press Freedom Tracker is now the backbone of press freedom advocacy in the United States,” said Freedom of the Press Foundation Executive Director Trevor Timm. “In a time when journalists’ rights are under unprecedented attack, it’s more important than ever that those fighting for press freedom have access to comprehensive information about violations. Accountability depends on it.”