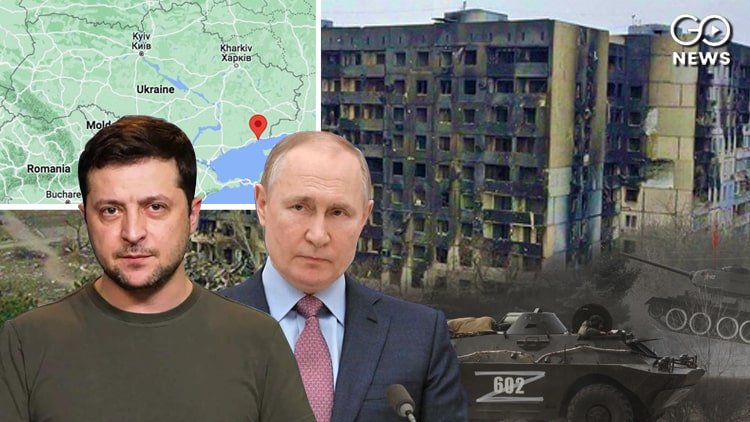 On the 26th day of the ongoing conflict in Ukraine between Ukrainian and Russian militaries, Ukraine has rejected the Russian demand to surrender the city of Mariupol in its southeast. Russia has given until 5 AM Moscow time (0200 GMT) on Monday for Ukrainian forces to lay down their arms in the city. Mariupol is situated in the separatist-affected Donetsk oblast of Ukraine.   Mariupol has seen intense fighting since the ‘military operations’ by Russian troops began on February 24th. The major Russian demands on Ukraine are to declare itself a ‘neutral country’ like Sweden and Austria, and to ‘never’ join the NATO military alliance, among others.

Talked to the people dealing with #Mariupol.Energy facilities, emergency services,pipelines, firefighters brigades,rescue teams were targeted the first.The RU tactics is to keep ~300000 as hostages of atrocity,pressure the UA govt to surrender.The hostage-taking of inhuman scale

Yesterday on Sunday, Match 20th, Russia was accused of bombing an art school in Mariupol where over 400 people were sheltering. The UNHCHR has stated that until March 19th, there have been 2,361 civilian casualties in the Russia-Ukraine conflict: 902 killed and 1,459 injured.  Azovastal, a major European steel manufacturing plant was destroyed in Russian bombardment yesterday in Mariupol.

#Mariupol #Azovstal One of the biggest metallurgic plants in #Europe destroyed. The economic losses for #Ukraine are huge. The environment is devastated #StopRussiaNOW pic.twitter.com/4GMbkYb0es

Mariupol is under blockade with access to basic amenities like food, water, and electricity cut off for many residents. Russia has been accused of ‘forcibly deporting’ its residents to remote villages in “filtration camps” as stated in media reports and official claims:

#Mariupol city council informed that thousand of #Ukraine citizens from the captured parts of Mariupol have been forcibly interned to filtration camps, and then to remote villages in #russia.
The GULAG has been restored????

The Azov Battalion was formed in 2015 and is a part of Ukraine’s regular army which has drawn attention for its ultra-nationalist and alleged ‘Nazi’ associations. A captain in the unit, Svyatoslav Palamar, posted through Telegram that: "Street fighting is ongoing in the town, enemy aircraft and artillery work non-stop, the town is being razed to the ground… I emphasize that Putin needs Mariupol to show the weakness of our state. I emphasize that Putin needs Mariupol to create a land corridor to Crimea. I emphasize that [Russian President] Putin needs Mariupol to conceal the real number of civilian casualties because what you are told is very different from reality,"  Today on Monday, March 21st, a fire that broke out in Kyiv’s Podilskyi District  due to ‘enemy shelling’ as per Ukrainian authorities, killed five people and injured one.