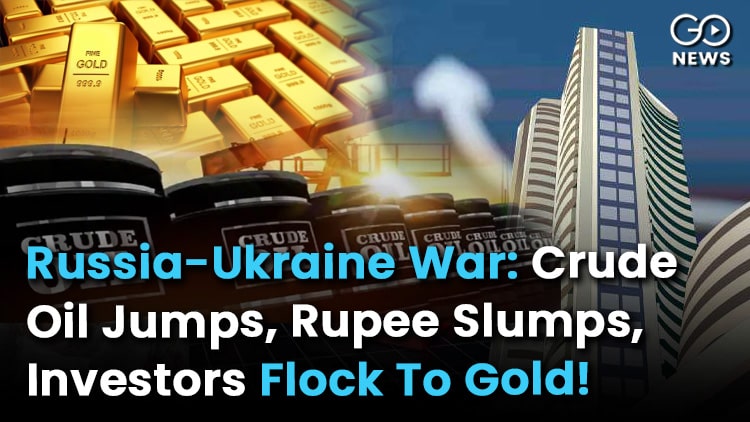 The intensifying military conflict between Russia and Ukraine has impacted the prices of crude oil globally. In the early hours of Monday, today, the Brent crude oil benchmark reached $139.13 before settling down to $128, the peak reached in 2012. Russia’s ‘demilitarization’ operations in Ukraine have caused fears in energy markets and also on long-term supply disruptions and resultant inflation on a global scale. The April contract of West Texas Intermediary (WTI) also rose 7.47% today to $124.32/barrel. The WTI is a crude oil benchmark and the underlying commodity for NYMEX’s oil futures contract. The increasing economic isolation and sanctions on Russia are causing crude oil prices (Brent) to possibly hurtle towards the record $145.29 set in July 2008.
Also Read:
Russia Declares Ceasefire For Humanitarian Corridor After Putin - Macron Talks

According to the International Energy Agency (IEA), Russia is the world’s third-largest oil producer behind the U.S. and Saudi Arabia, and the largest oil exporter to global markets. It is the second largest crude oil exporter behind Saudi Arabia. In December 2021, Russia exported  5 mb/d (million barrels per day) of crude oil and condensates, and 1.1 mb/d of gasoil. Russia earned more than US$ 110 billion from oil exports in 2021, and that is a critical aspect of its state budget. The U.S., the ‘prime mover’ of sanctions against Russia, imported 3.5% of its oil from Russia, and 21% of its gasoline imports in 2021. Russia’s significance in this sector has caused uncertainty in markets and there are mixed messages from the U.S. about a complete embargo on oil and gas imports from Russia. On Sunday, U.S. House Speaker Nancy Pelosi stated in a letter that the House is working on a Bill to that effect. "Our bill would ban the import of Russian oil and energy products into the United States, repeal normal trade relations with Russia and Belarus, and take the first step to deny Russia access to the World Trade Organization”, the latter stated. Japan’s Nikkei 225 is down 2.94% today as the country has a high import dependence for energy needs. In India, which imports over 80% of its crude oil needs, the benchmarks Sensex and Nifty are down 2.64% and 2.28% respectively. Germany’s DAX slid 4.24%, France’s CAC 40 lost 4.01%, London’s FTSE is down 1.57%, and Hong Kong’s Hang Seng index fell by 3.87%. Along with crude oil, US gold futures rose 1.7% to hit a 19-month high of $2000.20 as investors sought a safe asset to park funds amid volatility due to the conflict. The Indian Rupee slid down to ₹76.99 against the dollar, standing as one of the weakest currency in emerging markets. India is one of the top three importers of crude oil in the world, and its rising prices widens the country’s trade and current account deficit and devalues the rupee. Iran Talks Delay Also Impact Fuel Prices Reuters has reported that efforts to kickstart the 2015 Iran nuclear deal talks have hit a speedbump as Russia has sought guarantees that the Western-led sanctions on it will not negatively affect its oil and other trade with Iran. An Iranian official has said that this is “not constructive” for talks with the West on the resumption of the 2015 deal which was scrapped by thn President Donald Trump upon his election in 2016. This pushed up prices as it was anticipated that Iranian oil would take longer to re-enter global markets.