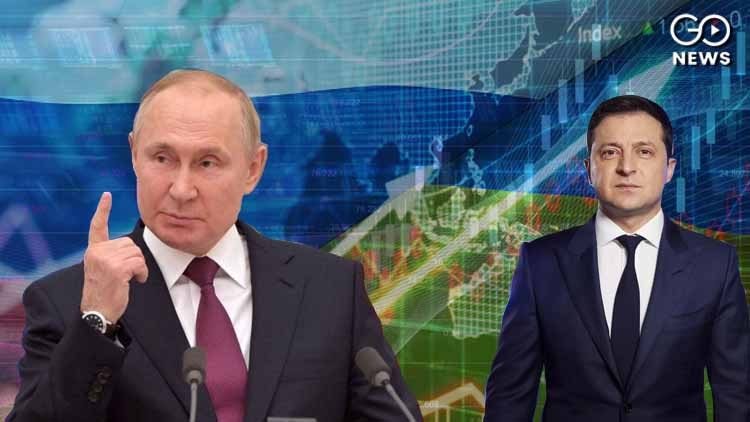 The Russian Trading System (RTS) exchange has shown a 27.7% increase since March 28th, and a 41.45% increase since the beginning of the military conflicted initiated by Russian offensives in Ukraine on February 24th. The MOEX index has also increased by 38.36% since that date. On Monday, the MOEX closed 1% higher led by the banking, metallurgical, and energy sectors.   The Russian stock market opened on March 24th after nearly a month-long shutdown since February 25th. 33 of the 50 stocks listed on MOEX were traded on the day of its opening, albeit with some restrictions, especially on foreign investors selling stocks or taking money out of Russia.
Also Read:
IPL 2022: Highlights| Punjab Kings(PBKS) Thrash Chennai Super Kings(CSK) By 54 Runs

Even as there are reports of a fresh round of sanctions to be imposed on Russia for alleged war crimes in Bucha, investor sentiment seems to be positive in its domestic markets. Russia’s significant exports of wheat, and natural gas and oil, have kept its economy functional. This is despite over 50 rounds of sanctions on its financial institutions including the Central Bank, over 400 western businesses closing, being cut off from SWIFT (Society for Worldwide Interbank Financial Telecommunication), and an embargo on Russian oil by the United States. Half of Russia’s Central Bank assets in foreign reserves worth $640 billion were frozen by Western banks as part of the ‘punitive’ sanctions. Rise Of The Rouble, End Of Dollar’s Dominance? The Russian ruble is currently trading at 85 against the dollar, after plunging to 139 on March 7th. Since the first week of March until now, there has been a 31.86% increase in the value of the ruble. The rallying of the Russian currency, ruble, is also another sign that the sanctions may not have been as effective as anticipated. Since President Putin’s decree of ‘rubles for gas’ effective since last week, the Russian currency has become linked to an essential commodity demanded across Europe and others: natural gas and crude oil, and this can possibly be extended to other exports such as food, especially for ‘unfriendly countries’. Since Russia continues to sell natural gas and oil to countries in Wester Europe, along with bilateral trade with China which increased by a record 35.9% in 2021 as per Chinese customs data. China is a significant importer of its natural gas, oil, coal, and agricultural products.     Thus, the U.S.-led efforts to isolate Russia economically does not seem to be completely successful, since it continues to trade with major export partners and has challenged the dominant position of the U.S. dollar in international trade itself, leveraging its reserves of natural resources by demanding payment in its own currency.