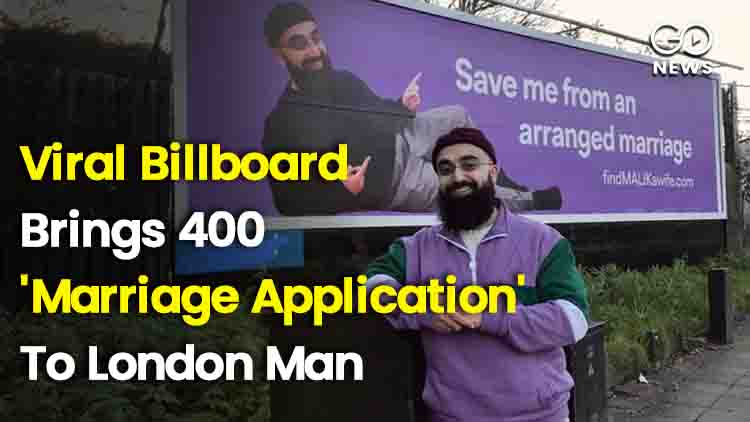 A 29-year old British Muslim man from London, Mohammad Malik, has come into the spotlight among netizens on social media for the giant billboard that he has bought and displayed in multiple locations around Birmingham and London that reads: “SAVE ME FROM ARRANGED MARRIAGE” and “Find me a wife” with the website www.findmalikawife.com given alongside. As of now, he has received over 400 applications and now the question is how he will select the woman who is to be his life partner. He is an entrepreneur who combines his passion for business with that for his religion Islam, as per what he says about himself on his social media and website. On his Twitter description, he has written “Startups and Spirituality”.
Also Read:
What Are BJP's Trump Cards in UP Elections? It is Not Yogi

Visitors to his website are greeted with “this is not a joke” and a cheery picture of him inviting them to know more about him and the life partner that he is looking for. What ‘Foodie, Religious’ Entrepreneur Malik Wants In His Life Partner Malik seems to have skipped conventional dating apps and go big to grab the most attention. Oh his website, he says that he is “an entrepreneur, a foodie, and religious” and is loiking for someone working on her ‘deen’, preferably in her 20s, and willing to be with a “single child” as a husband who looks after his parents. He describes his background as “a loud Punjabi family”.   Although his billboard says “save me from arranged marriage”, on his website he says that he is not against arranged marriages and also that there are benefits to that system as well. He has been garnering the attention of social media and local radio stations, which he shares on his own profiles across platforms.   He says “always personality and faith over everything else” over his future prospective wife. He says “it’s tough out there” and that is why he had to purchase a billboard to get attention. Malik comes across as a fun-loving person on his website, and has even included a contact form to get in touch with him directly. Talk about combining traditional family values with a modern touch, and you have this unique story of a Mohamad Malik connecting with his future wife through a billboard and a website!