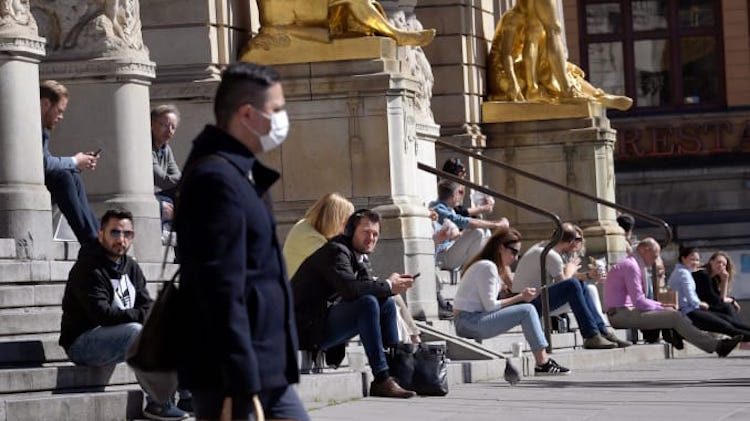 The coronavirus pandemic has brought many powerful nations in the world to their knees. Countries like Italy, Spain, France and Germany have been impacted by it on a large scale but one European country - Sweden - has escaped its onslaught. Also Read: State-Wise Tracker Of Coronavirus Cases And Deaths

When the Swedish government decided not to impose a lockdown, it had to face severe criticism. At the time, in its defence, the Swedish government had said that it has faith in its citizens that they will stay inside their homes unless there is a government order stating otherwise. They will also follow several measures, including social distancing, to prevent this pandemic, the government had said. In Sweden, 21,092 cases have been reported so far and 2,586 people have died. The death rate here is just 22 per 10 lakh people, which is very low compared to Britain, France and other European countries. These figures reveal that Swedish citizens trusted their government and did not allow the contagion to spread. Countries which implemented the lockdown are paying its economic cost.  However, Sweden kept its borders open, people continued to visit restaurants and bars, children’s schools remained open as usual, public transport was functional and people kept gathering in parks as well. Even salons, gyms and some movie halls stayed open. There were restrictions only on museums and sports activities and clinics had also been closed in March-end.  There were no fines on violation of the restrictions and no action was ever taken by the police in this regard. Around eight days ago, five restaurants were made to close on allegations of non-conformity with social distancing norms but no penalty was imposed. Lena Hallengren, Health Minister of Sweden, which is among countries with the best medical facilities in the world, said that 250 beds in the ICU are still lying vacant. According to a report published in The New York Times, while several countries across the world are obfuscating figures of deaths due to the coronavirus, Sweden has told the truth to the entire world and presented completely correct statistics.
TAGS Social Distancing COVID-19 restrictions COVID-19 pandemic COVID-19 coronavirus coronavirus pandemic nationwide lockdown Lockdown Sweden