Three Dead As Plane Skids Off Runway In Istanbul 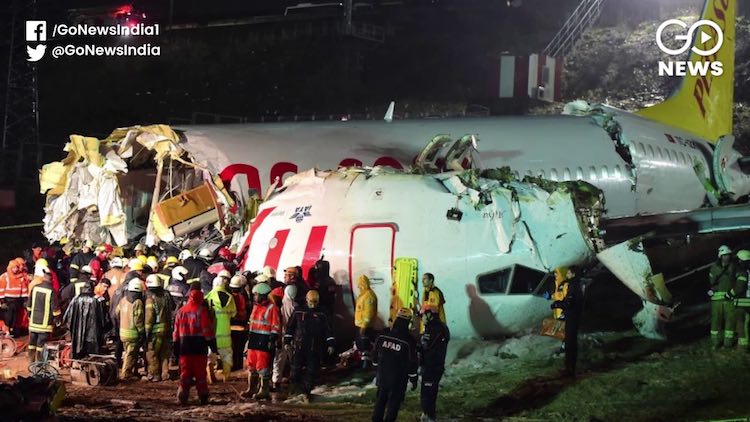 A passenger plane skidded off the runway and broke into two pieces while landing in Turkey’s Istanbul on Wednesday.  At least three people have died and more than 170 passengers have been injured in this accident so far. At the time of the mishap, there were 183 passengers and six crew members onboard the plane.
Also Read:
Delhi HC Refuses To Order Separate Execution Of Nirbhaya Convicts

This Boeing 737 aircraft belongs to Pegasus Airlines. The plane had taken off from Izmir and crashed at Istanbul’s Sabiha Gokcen International Airport while trying to land amid strong winds and heavy rain. During this attempt, the back of the plane caught fire. Later, emergency teams reached the spot and brought the fire under control. After the accident, the airport has been closed and several flights have been diverted. Most of the passengers on the plane were from Turkey and there were around 20 foreign nationals. Istanbul Governor Ali Yerlikaya said that the Pegasus Airlines plane unfortunately skidded 50-60 metres off the runway due to bad weather. Istanbul’s government officials have begun probing the accident.