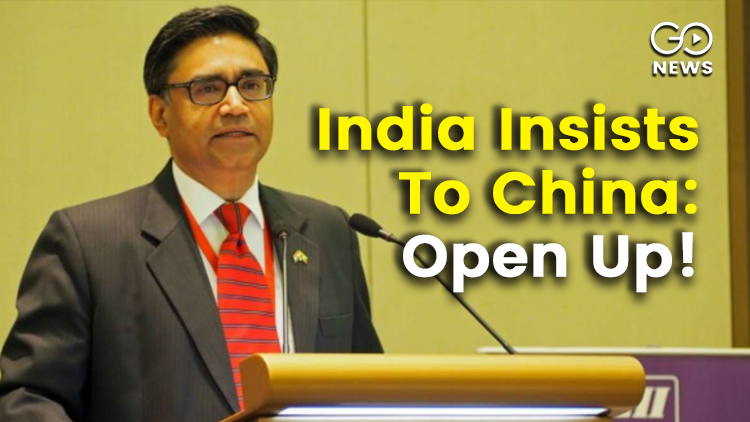 During the Indo-China tensions over the past few years regarding the Ladakh situation and the Doklam standoff, the national leadership has taken a strong “anti-China” positioning. There were calls to boycott Chinese products as a way to counter its ‘economic imperialism’. However, India’s ambassador to China, Vikram Misri, is now saying that China’s travel ban on Indians is “unscientific”. Last week, Mr. Misri said at an event discussing the state of bilateral relations, organized by Indian and Chinese institutes: “Far less complex issues, which have a purely humanitarian context and are not connected to bilateral diplomatic stances, such as facilitating the movement of students, businesspersons and stranded family members from India to China for over a year and a half now, await a more balanced and sensitive approach.”
Also Read:
PM Modi To Address UNGA: Quad Meeting Roundup

It is interesting to note that while Canada has loosened its travel restrictions for Indians from today itself, China is playing hard ball on this issue with India as well as other countries. China has remained inflexible on multiple requests over the pat year to accommodate the needs of students, family members, business travelers, etc. Indian students enrolled in Chinese colleges, particularly medical institutes, have reportedly been away from families for over a year as travel restrictions continue. This is despite India issuing visas for the same purposes to Chinese nationals. Mr Misri said: “We are disappointed to see an unscientific approach with regard to several problems currently being faced by Indian students, businessmen, marine crew and exporters, to name a few” After a year of intense domestic anti-China campaigning, this refusal of China to reciprocate to Indian overtures will be difficult to reconcile to the political narrative that sets China against India’s interests in every way. A large section of the Indian media had specifically targeted the business aspect, saying that banning and boycotting apps and products would hit China in its pocket. It is now ironical that India has to raise the issue of business travelers not being facilitated, despite extending the same measure to China.  Contrary to the view which sought to merge the ruling party’s political imperatives on being hostile to China with “national interest” specifically in the realm of trade, manufacturing, and technology, Mr. Misri, the Indian envoy to China, has now said: “India has also attempted to keep our trade and commercial relationship insulated from current differences, for instance by continuing to issue visas to Chinese businesspersons to visit India”. The United States, Cananda, Germany, United Kingdom, Spain, and the UAE are some of the major international destinations that are now open to Indians. The issue of travel restritions upon Indians in the UK took a dramatic turn after high-level officials and political leaders viewed the rejection of India’s Covishield from the UK’s approved list as “racism”. Following this, the real issue became the credibility of India-issued certificates, which was also  brought up by PM Modi during his international-level meetings in the United States.