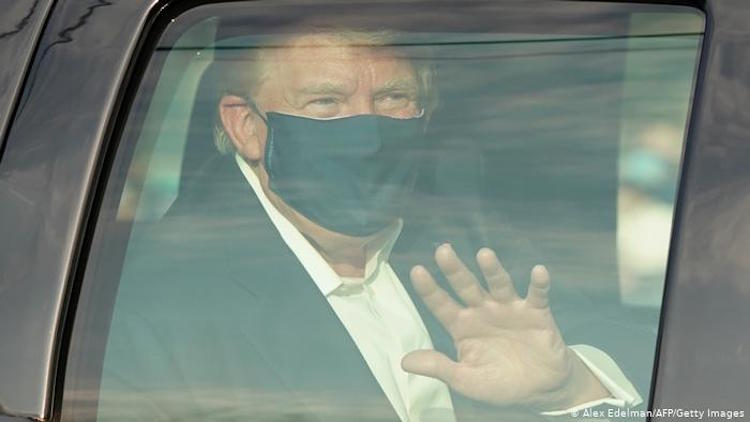 US President Donald Trump, who is infected with Coronavirus, unexpectedly left the hospital where he’s being treated, to greet supporters, sparking an angry backlash from the Opposition and the medical community. Trump was seen wearing a mask, sitting on the back seat of a black coloured car as he greeted his supporters by shaking hands. The visit came shortly after he promised his supporters "a surprise" in a video posted on social media.

It is believed that this step is an election stunt by Donald Trump and came out of the hospital to show his health improvement. Meanwhile, the opposition party and health experts have been quite surprised by the stakes of Trump in the midst of the election campaign by the US President. Dr James Phillips of George Washington University tweeted that Trump’s brief departure from the hospital was “theatre” and called it “insanity”.

Every single person in the vehicle during that completely unnecessary Presidential “drive-by” just now has to be quarantined for 14 days. They might get sick. They may die. For political theater. Commanded by Trump to put their lives at risk for theater. This is insanity.

He further said the Presidential SUV is not only bulletproof but hermetically sealed against chemical attack. The risk of virus transmission inside is high.

That Presidential SUV is not only bulletproof, but hermetically sealed against chemical attack. The risk of COVID19 transmission inside is as high as it gets outside of medical procedures. The irresponsibility is astounding. My thoughts are with the Secret Service forced to play.

Meanwhile, Democrats say that this is nothing but a photo stunt of Trump ahead of the Presidential election. This is not the first time that the US President may have adopted an irresponsible attitude regarding the corona infection. In the past, Trump has often been the target of opposition and health experts because of his statement on not wearing masks. US President Donald Trump and his wife Melania Trump on Friday tested positive, a day after Trump's senior adviser Hope Hicks was found infected. The US presidential election is just four weeks away and Trump is trailing behind his rival Joe Biden.