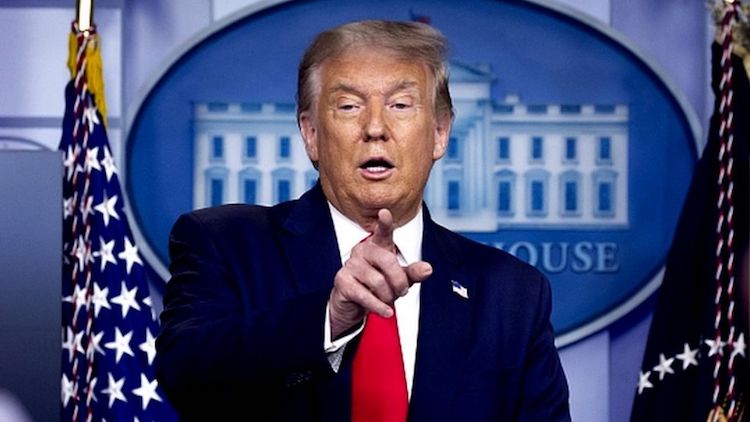 US President Donald Trump has once again refused to concede defeat in the presidential election, questioning the country's justice system. On Sunday, Trump said that it might be difficult to get his election fraud and manipulation allegations heard before the US Supreme Court. With this, Trump reiterated that he would not accept that he had lost the election, accusing the courts of refusing to hear his case.

NO WAY WE LOST THIS ELECTION! https://t.co/orOXBaR8uE

Trump alleged in a TV interview that his election lawsuits had been unfairly blocked. In a conversation with Fox News, President Trump said “he was trying to “put the evidence in and that the judges won’t allow us to do it”. We have so much evidence, he said. Ignoring the usual boundaries between his office and the judicial and law enforcement system, Trump complained that the judiciary and FBI are not helping him.
Also Read:
Amid Pandemic, Economy Did Shrink But Govt Spent Less Than Last Year

Raising questions about the Supreme Court, Trump said that if it does not interfere, then what is the point of Supreme Court? He said that we should have been heard by the Supreme Court as this election was “100% rigged”. Meanwhile, President-elect Joe Biden called to refrain from harsh rhetoric and to listen to each other again. “We are not enemies. we are Americans,” Biden said.

It’s time to put away the harsh rhetoric, lower the temperature, and listen to each other again.

To make progress, we must stop treating our opponents as our enemy.

We are not enemies. We are Americans.

Despite Trump's attack on the legitimacy of the US election system, his legal team has yet to provide any evidence. Most US courts have dismissed cases filed by Trump. The most recent case was filed by a group of Trump supporters from Pennsylvania against Joe Biden's victory in the state, which the Supreme Court turned down.