Trump Whistleblower Is CIA Agent Who Once Worked At White House 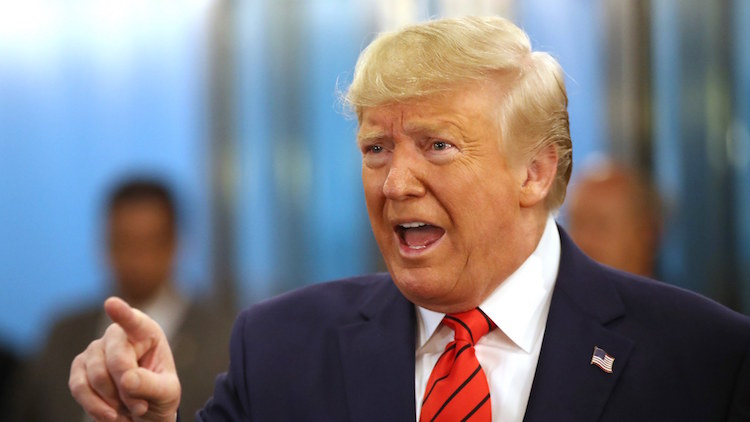 The whistleblower whose complaint set off an impeachment inquiry against US President Donald Trump is a CIA officer who at one point worked at the White House, the New York Times reported Thursday. Few details are known about the whistleblower. Lawyers for the whistle-blower warned that trying to identify the person could place them "in harm's way".

Breaking News: The whistle-blower is said to be a CIA officer who was assigned to work at the White House. His complaint suggests he is a trained analyst. https://t.co/wA0GOwwiWX

The whistleblower complaint, which was released publicly, claims that Trump is “using the power of his office to solicit interference from a foreign country in the 2020 US elections.”
Also Read:
Restriction Ease On PMC Bank Fails To Stem Customer Panic

Earlier this week, top Democrat and US House Speaker Nancy Pelosi launched a formal impeachment inquiry into Trump, based largely on the whistleblower’s complaint that Trump pushed Ukrainian President Volodymyr Zelenskiy in a telephone call to investigate his leading Democratic political rival, Joe Biden. Democrats accuse Trump of seeking foreign help in the hope of smearing Biden and of using military aid to Ukraine as a bargaining tool. Biden, who was vice president during Barack Obama’s presidency, is a top contender for the Democratic nomination to challenge Trump in the November 2020 presidential election. Trump denies any wrongdoing and has dismissed the impeachment proceedings as a "hoax" and "another witch-hunt". He acknowledged that he personally blocked nearly $400m in military aid to Ukraine days before he spoke to Mr Zelensky, but denied that it was to pressure the Ukrainian leader into investigating Mr Biden. He further contended he did nothing wrong and promised to release a transcript of the call.