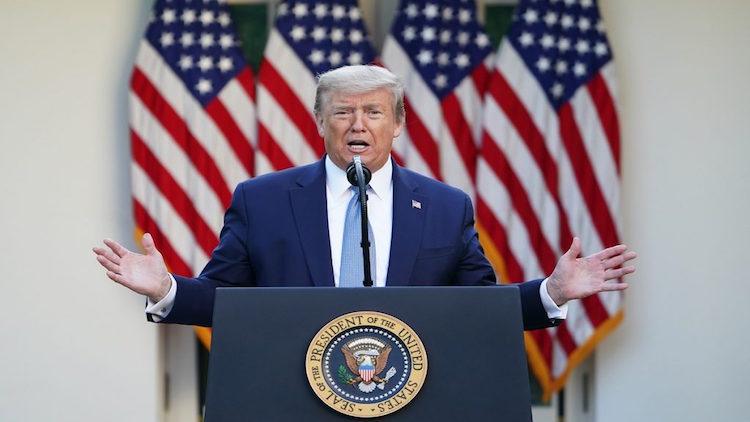 US President Donald Trump has signed the order related to immigrants settling down in the United States. He has said that this suspension has been imposed temporarily for 60 days but it could be extended further. According to Trump, this step has been taken to protect the jobs of American citizens during the coronavirus crisis. Also Read: COVID-19: Water And Health Crises Collide In The Himalayas

This order is a huge blow to lakhs of people hoping to study, work and get Green Cards in the US. Among them, a large proportion is made up of Indians. To settle down permanently in the US, it is essential to obtain a Green Card, after which the path to American citizenship opens up. Usually, the US issues Green Cards to 10 lakh people every year. According to a 2018 report of the US Senate, among them 70% people are those whose relatives are already living in the US. The heaviest blow from this order has been dealt to those Green Card holders who want their families to settle permanently in the US. The US issues 50,000 Green Cards each year under the Diversity Visa Lottery System, but even this has been suspended. However, doctors, nurses and health workers who are looking for jobs in the US and want to offer their services by going there have been kept out of the purview of this order. What will the impact be? All US Consulates are closed due to the coronavirus pandemic and all kinds of visa application processes have also stopped. Also included among this is the H1-B visa, under which most Indians apply for immigration.  Two crore people have lost their jobs in the US due to the coronavirus pandemic. Donald Trump has said that the jobs of American citizens will be protected because of this decision and it is the duty of the government to do so. However, this decision by Trump is also being viewed through the political lens. Elections for the post of President are scheduled to be held in the US in November this year and Trump wants to make this an election issue. He is a staunch opponent of allowing migrants to settle in the US and in the last election, he had made several promises to stop immigration.  Meanwhile, Trump’s critics are saying that with this decision, he is trying to divert people’s attention away from the coronavirus crisis. There have been over 46,000 deaths due to the coronavirus in the US so far and around 8 lakh 50 thousand people have been infected with the viral disease.
TAGS COVID-19 restrictions COVID-19 pandemic US Indians Indians abroad American jobs Immigration suspension green card seekers Donald Trump President Trump