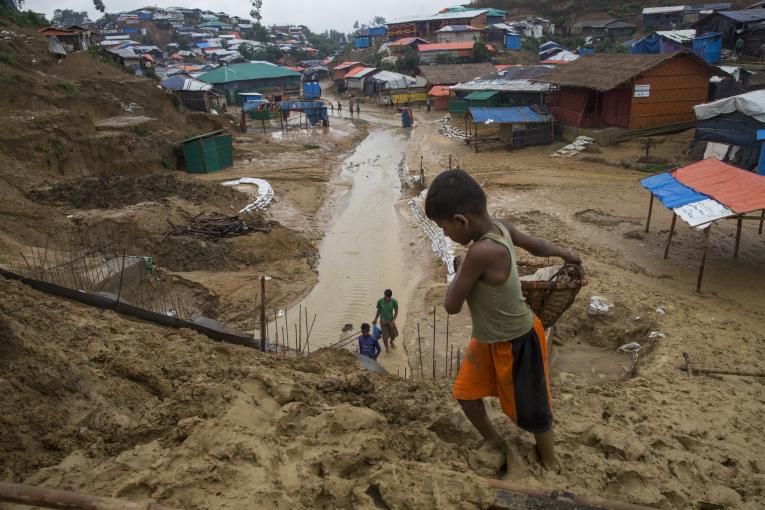 After confirmation that the first cases of COVID-19 infection have been identified in a vast and overcrowded refugee camp in Bangladesh, UN representatives announced additional measures and appealed for funds to prevent the disease from spreading. An intensifying cyclone in the Bay of Bengal, Cyclone Amphan, is already threatening to make landfall in the area of the camp on Tuesday. The UNHCR has already confirmed that one Rohingya refugee had tested positive for the new coronavirus in the Kutapalong settlement in Cox’s Bazar, along with an individual from the local Bangladeshi host community.
Also Read:
After Shunning It Earlier, Modi Govt. Now Promotes MNREGA

“There are serious concerns about the potentially severe impact of the virus in a densely populated refugee settlement, sheltering some 860,000 Rohingya refugees”, said UNHCR spokesperson Andrej Mahecic. “Another 400,000 Bangladeshis live in the surrounding host communities. These populations are considered to be among the most at risk globally in this pandemic”, he added.

UN agencies have already put in place a series of concerted COVID-19 contingency measures in Cox’s Bazar, including the International Organization for Migration (IOM). It has provided upgraded triage areas in 35 primary care facilities along with three isolation and treatment centres. Also nearing completion is a quarantine centre, large enough to accommodate 465 people and 250 beds for people suffering from severe acute respiratory infection. Although the arrival of the pandemic was expected, it adds further pressure on extremely vulnerable individuals preparing for the approaching monsoon season. This coming August marks three years since the mainly ethnic Rohingya in Cox’s Bazar fled violent persecution in neighbouring Myanmar’s Rakhine state.