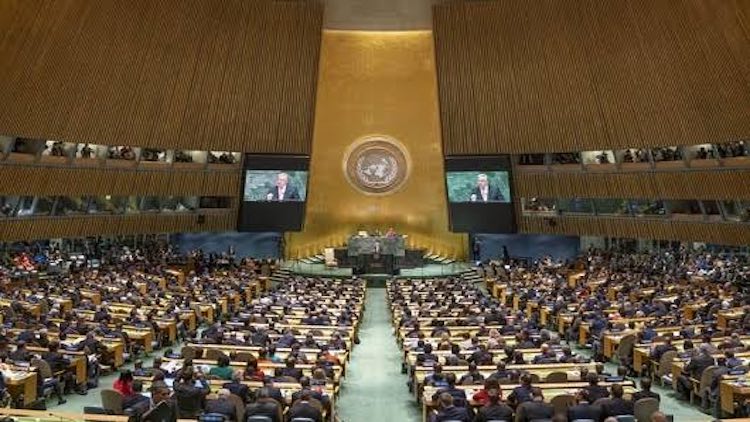 The UN General Assembly (UNGA) approved a resolution on Friday strongly condemning human rights abuses against Myanmar's Rohingya and other minorities, including arbitrary arrests, torture, rape and deaths in detention. The 193-member world body passed the resolution with 134 in favour and nine against while 28 abstained from voting. It called on Myanmar's government to stop the incitement of hatred against the Rohingya and other minorities in Rakhine, Kachin and Shan states.
Also Read:
UP Govt Sends Recovery Notice To 498 People For Property Damage

The UNGA also expressed alarm over the findings of an independent international mission "of gross human rights violations and abuses suffered by Rohingya Muslims and other minorities" by Myanmar's security forces, which the mission said, “undoubtedly amount to the gravest crimes under international law". It called for an immediate cessation of fighting and hostilities. Earlier in December, Myanmar's leader and Nobel Peace laureate Aung San Suu Kyi rejected genocide charges against its Rohingya Muslim minority at the UN's International Court of Justice in The Haque. Gambia, a small African nation, had launched proceedings against the Buddhist-majority Myanmar in November, accusing the country’s military of “widespread and systematic clearance operations” against the Rohingya, beginning in October 2016 and expanding in August 2017, which killed thousands of Rohingya and forced 7,30,000 into the world’s largest refugee camp across the border in neighbouring Bangladesh. Since August 2017, this is the third time the resolution has been adopted by the General Assembly which is an expression of international community's continued solidarity with the cause of Rohingyas.