US media are quoting intelligence reports blaming Iran for the drone attacks that targeted the world's largest oil processing facility in Saudi Arabia on Saturday. However, Iraq has denied the accusations. US President Donald Trump said on Sunday the United States was “locked and loaded” for a potential response to the attack on Saudi Arabia’s oil facilities, after a senior US administration official said Iran was to blame, instead of the Yemeni Houthi group that had claimed responsibility.
Also Read:
Western India, Not North India Has More Educated Jobseekers

“There is reason to believe that we know the culprit, are locked and loaded depending on verification, but are waiting to hear from the Kingdom as to who they believe was the cause of this attack, and under what terms we would proceed!” Trump said on Twitter.

Saudi Arabia oil supply was attacked. There is reason to believe that we know the culprit, are locked and loaded depending on verification, but are waiting to hear from the Kingdom as to who they believe was the cause of this attack, and under what terms we would proceed!

Though Trump did not name Iran in his tweet, the attack has caused another spike in tensions between the US and Tehran. 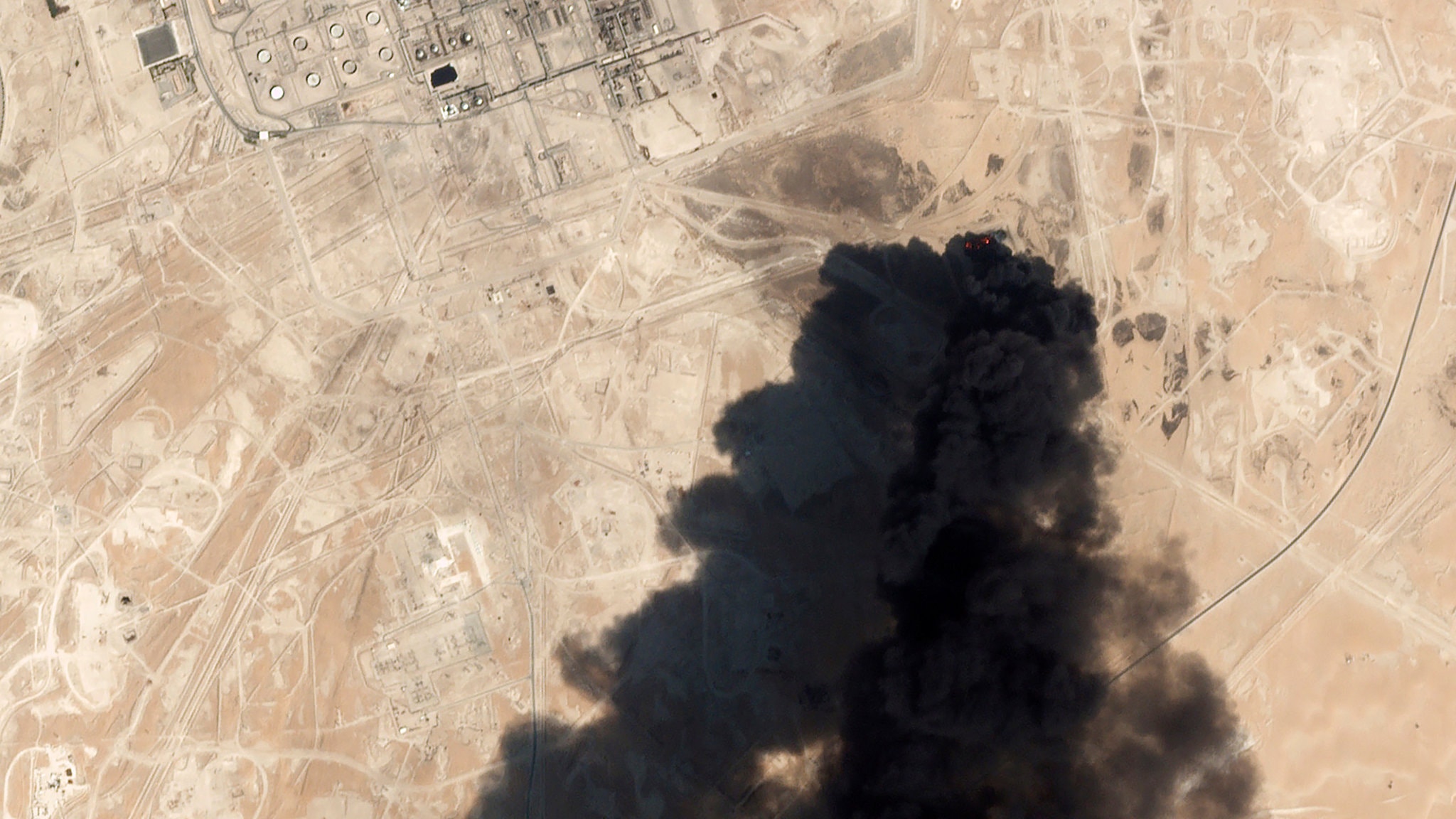 (A satellite image of smoke rising from a plant at Abqaiq, Saudi Arabia, on Saturday. Image by Planet Labs Inc) State oil giant Saudi Aramco said the attacks on Saturday have disrupted about half of the Kingdom’s supply -- 5% of daily global supply. The production shutdown cut output by 5.7 million barrels per day. Oil prices have spiked, sparking fears of increased risk to energy supplies in the region. Brent crude futures, the international benchmark, rose by as much as 19.5%, to $71.95 a barrel, the biggest intra-day jump since the start of the 1991 Gulf War. It later dropped by 10%. The fear is the longer the Saudi facilities continue to operate below capacity, the greater the risk of oil prices rising higher. To alleviate the shortage, President Trump said he will authorize the release of oil from US strategic reserves. On Saturday, a military spokesman for Yemen’s Houthi rebels, Yahia Sarie, said that they had sent 10 drones to attack the Abqaiq oil processing facility and the Khurais oil field, adding that the attacks by the rebels against the kingdom would only get worse if the war in Yemen continues.