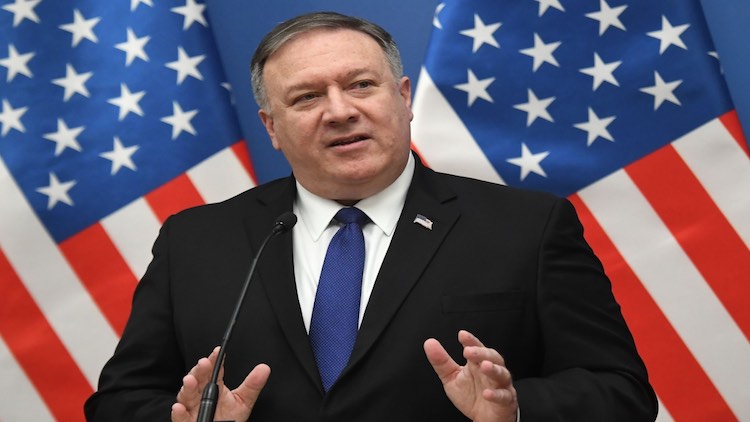 In a major reversal of US long-standing policy, the Trump administration announced on Monday it no longer views Israeli settlements in the occupied West Bank as illegal and “inconsistent with international law”, repudiating a 1978 State Department legal opinion. "After carefully studying all sides of the legal debate... the establishment of Israeli civilian settlements in the West Bank is not, per se, inconsistent with international law," said Mike Pompeo, the US secretary of state, citing President Ronald Reagan's 1981 assessment that the settlements were not "inherently illegal."
Also Read:
Hong Kong Police Surround Varsity's Campus, Violence Erupts

“Calling the establishment of civilian settlements inconsistent with international law has not advanced the cause of peace,” Pompeo said. “The hard truth is that there will never be a judicial resolution to the conflict, and arguments about who is right and who is wrong as a matter of international law will not bring peace.” The announcement is the latest in a series of pro-Israeli moves that may weaken Palestinian claims to statehood and is likely to inflame tensions between the Trump administration and Palestinians and the US allies in Europe.

.@SecPompeo on Israeli Settlements in the West Bank "The Trump administration is reversing the Obama Administration's approach towards Israeli settlements."

More than 700,000 settlers have taken up residence in the West Bank and East Jerusalem since the 1967 war. Both areas are claimed by Palestinians for a future state.

#IsraeliConsul-General to US, #DaniDayan, was left embarrassed as at least a hundred students staged a #walkout before he begin his talk at #HarvardLawSchool on the Israeli settlement projects@Himanshu1327#Harvard #protest pic.twitter.com/AXxOK7yqEQ