US Secretary Of State Briefs Media On Afghanistan Crisis 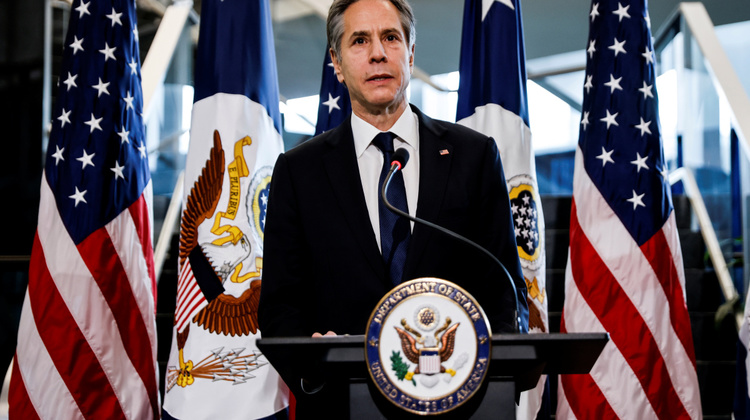 US Secretary Of State Antony Blinken has concluded a press briefing in which he answered questions about the United States' present and future relationship with the Taliban, its plan of action on human rights violations, and the issue of SIV (Special Immigration Visa) holders being left behind after the deadline passes.  Secretary Blinken stated that those who assisted the US mission in Afghanistan "will not be forgotten". He said that diplomatic engagement will coninue to ensure that those who wish to leave the country can do so, even after the August 31 deadline. This came even as reporters on site brought up instances of the Taliban preventing people from flying out of the country, before and even after they entered the airport.
Also Read:
Taliban Refuses Deadline Extension For Troop Pullout, Afghans Can't Leave

He said that he personally, and the Biden administration, "take responsibility" for the present situation when pressed about the criticism directed at it about the crisis.  When asked why the USA is complying to Taliban's demands when it is not a recgnized government yet, he said that "the Taliban, whether we like it or not is in control of the country, and it is important to work with them to try to ensure the departure of all who want to leave”. He also stated that "45-46%" of evacuees from Afghanistan are women and children, given their specific vulnerability.  When asked about the "concrete" measures undertaken by the administration to protect the rights and freedoms of Afghans, particularly women, he did not outline specific steps or strategies but instead said that there are "diplomatic, economic, political tools of assistance", which he would repeat later in the briefing as well.  The future relationship of the US with the Taliban will be based on their "actions and conduct", something that has been reiterated by many countries in recent times. However, in case of the Taliban not complying to the "expectations" of the global community, he repeated that there are "Diplomatic, economic, political assistance tools" to deal with the situation.  The safety and continued functioning of the Kabul Airport is also a point of concern, particularly once the military pullout is complete. He said that the Taliban has expressed a "self interest" in keeping it running, and there are “Very active efforts… on the part of regional countries” underway to draw up a plan that ensures it remains operational.