What is Pegasus, the spyware that 'hacked' the phones of many Indian celebrities including journalists? 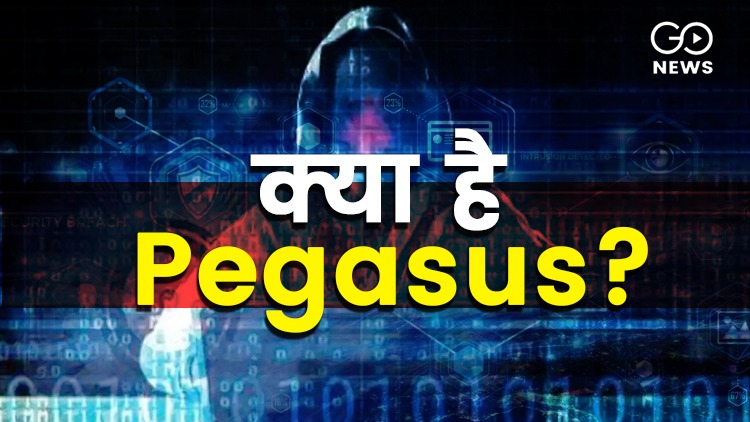 The spyware 'Pegasus' made by the Israeli company NSO has once again come into the limelight. In a report that surfaced on Sunday, an international organization has claimed that more than 300 Indian businessmen and rights activists, including two Union ministers, more than 40 journalists, three opposition leaders and a judge, have been targeted by Israeli spyware. Mobile numbers may also have been hacked. This spyware named Pegasus can be sold only to government agencies. What is Pegasus?
Also Read:
Due To Rising Oil Prices, People Are Cutting Food And Health Expenses: Report

This is potentially the most powerful spyware ever created exclusively by a private company. Pegasus is installed in the phones of the targets of this spyware. Once installed on the phone, your phone acts as a surveillance device. This means that Pegasus can not only read your messages but also copy them, tamper with your photos and record calls. In addition, Pegasus can film you from your phone, record conversations by turning on the phone's microphone, and may even keep track of exactly where you are, who you've met, and more. The target person will not even know. How do people become victims to this spyware? In the year 2016, researchers discovered a version of Pegasus. This version of spyware used to trap the target through spear-phishing i.e. malicious link was sent to the target's phone via text or email. The target would simply click on it and his/her phone used to be infected with this spyware but now it has made its job easier. NSO, the maker of Pegasus, has developed a technology to infect target phones through 'Zero-Click'. Now the target does not need to click on any malicious link, but Pegasus will infect the phone through some bug or flaw that even the mobile phone company does’t know about, hence won’t be able to fix the flaw or bug. In 2019, WhatsApp claimed that NSO's spyware took advantage of these flaws to infect around 1,500 devices. Pegasus can be installed on the device through just a single WhatsApp call to the target and for this the target person doesn’t even have to pick up the call. Not only Android but even Apple could not save itself from this spyware. Pegasus hacked the device through a flaw in Apple's iMessage. It is very difficult for researchers to detect the presence of this spyware in a phone because once the phone is shut down, all evidence of its presence in a device is lost.

By Alwin Benjamin Soji 1 hour ago