India’s geopolitical and internal security concerns are majorly impacted by the Taliban’s takeover of Afghanistan. In such a context, the absence of a definite stance may not be the best decision. 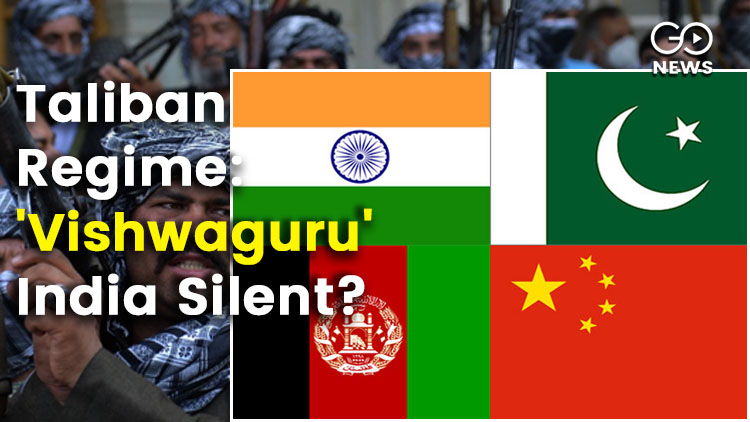 Russian Foreign Minister Sergey Lavrov, the country’s top diplomat, has stated that Russia is in “no rush” to recognize the Taliban government, pending a government that includes “all political forces” in the country. The British PM Boris Johnson echoed the same stance of ‘no hurry’ while also saying that the Taliban’s actions would matter more than its words. Britain is sending aid worth £500 million and offering sanctuary to 2,000 Afghans.
Also Read:
Rights Of Media and Women Under Cloud in Taliban's Afghanistan

The Taliban has declared a general amnesty and asked officials to return to work. It has said it will ‘allow’ women’s rights “within the limits of Islam”. These are being seen as overtures meant to bolster their legitimacy as a government at home and abroad. India has not formally commented on the situation, with the latest official information about the situation being an MEA Press Release on evacuation on 17th August. Its silence on the development belies domestic claims of being a vishwaguru and is congruent with a decline in its foreign policy, influence, and importance. This is despite the historical-cultural connections with Afghanistan and a noticeable presence of its nationals in India. Other regional powers have tentatively engaged with the Taliban. Pakistan, Russia, China have called for an “inclusive” government, with the latter two expressing a positive response for Taliban assurances that Afghanistan will not be used to harm regional stability or hinder development. China has said that it “respects the will and choice of the Afghan people” and wishes to see the 40-year long conflict situation end. Chinese state media lambasted U.S. involvement in the 20-year old conflict. A Global Times column warned Taiwan against being a “strategic pawn” of the U.S., emphasizing that it would lead to cross-Strait conflict and instability. Afghanistan shares an 80 km. border with China and is located strategically between Pakistan and Iran. China is Afghanistan’s second-largest trading partner (US $1.19 billion) Along with them it is among 140 countries that have signed a memorandum of Understanding (MOU) with China to join the Belt and Road Initiative. The U.S. and N.A.T.O’s withdrawal and conflict have opened a space for “reconstruction” that China seeks to fill. In July there were reports of the now-disposed Afghan government in talks with China to extend the $62 billion China Pakistan Economic Corridor (CPEC). Pakistan was one of the only three countries to recognize the Taliban during its previous stint ruling Afghanistan from 1996-2001. Asked whether it would do so again, Permanent Representative of Pakistan to United Nations, Munir Akram said that Pakistan believed in the Taliban’s “wish to have a government that represents all groups in Afghanistan” and is conducting talks between Pashtun and non-Pashtun parties in Islamabad. European High Representative of the Union for Foreign Affairs Josep Borrell said that the bloc will “cooperate” with the Taliban only if fundamental rights are respected and Afghanistan’s territory is not used for terrorism. He stressed that it does not amount to recognition and that it was necessary to be able to meaningfully actualize the safety and wellbeing of citizens, particularly women and girls. Afghanistan has immense regional significance and each country is trying to reorient its relationship to the Taliban following the success of their insurgency.
With China, Russia, and Pakistan with stakes in the region, India’s silence points to its diminishing influence as it appears to be in a passive, wait-and-watch mode. There will be a G-7 meet to evolve a common response to the Afghanistan situation. Kashmir, the world's most militarized zone, borders Afghanistan. Analysts have commented on the scope for greater destabilization and cross-border coordination amongst ‘Islamist’ groups.  India’s geopolitical and internal security concerns are majorly impacted by the Taliban’s takeover of Afghanistan. In such a context, the absence of a definite stance may not be the best decision.