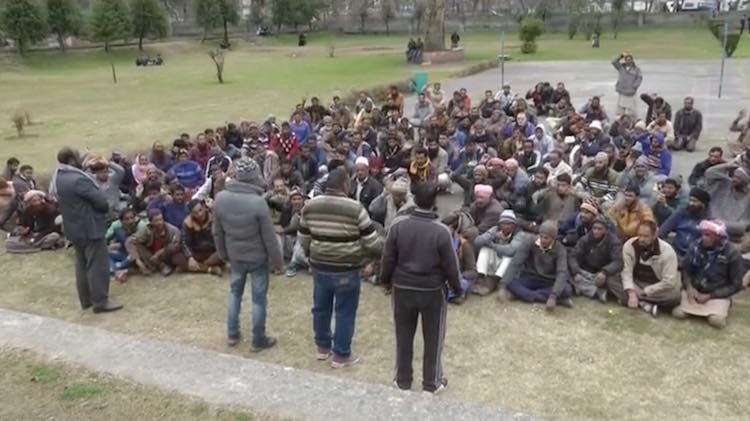 Employees of the Public Health Engineering (PHE) department in Jammu have been on strike since February 7, (for the past six days) demanding their overdue salaries and confirmed jobs, and are protesting against the government. The PHE department ensures that drinking water is supplied to all colonies and rural and urban areas of Jammu. These employees, who have been working since 1994, say that they have been sincerely doing their work for the last 25 years. But now, given the anti-labour policies of the government, there is no point in continuing to work.
Also Read:
Coronavirus: China Develops ‘Close Contact Detector’ App

About 15 lakh residents of the city are now facing a major water crisis because of these employees going on strike. The workers are demanding that all daily wage workers should be employed on a permanent basis, which is something that the government has always been promising them. Their second demand is that their wages - stuck for the past four months - should be given to them as a lump sum.  They say that they are finding it difficult to sustain themselves because of their overdue salary. While some employees are not able to educate their children properly, others cannot access proper treatment for diseases, due to their salary not being paid. It remains to be seen when the Jammu and Kashmir government, which became a Union territory on the plank of development, will take note of the plight of these people.