10 Bills Passed In Rajya Sabha This Winter Session Of Parliament; 2 Bills Sent To The Standing Committee 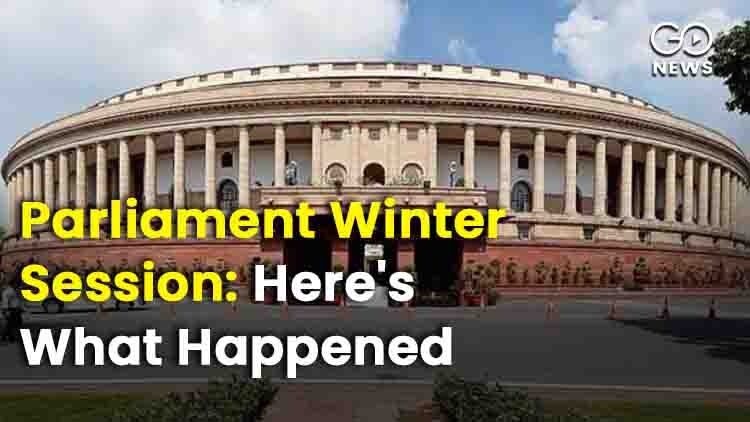 The winter session of the Parliament ended on Wednesday, a day ahead of its scheduled completion. Both Lok Sabha and Rajya Sabha were adjourned indefinitely due to the uproar of the opposition on multiple issues. As per the information provided by Central government, during the winter session of the parliament which lasted for less than a month,12 new bills were introduced in the Lok Sabha while 10 bills were passed by the Rajya Sabha. Some of these bills have been sent to the Parliamentary Committee for examination. It is worth noting that on the very first day of the Parliament session, 12 opposition members of Rajya Sabha were suspended from the rest of the session for 'unruly behaviour' in the monsoon session, while in the Lok Sabha also the members continued to protest and walk out, while the Bills continued to be passed in the Lower House. A look at the proceedings of the Parliament session.
Also Read:
Bihar Govt. Begins Mass Drug Administration For Elephantiasis

The Central Vigilance Commission Amendment Bill 2021 was introduced in the Lok Sabha on December 3, and after being passed by the Rajya Sabha, the Act has come into force from December 21.