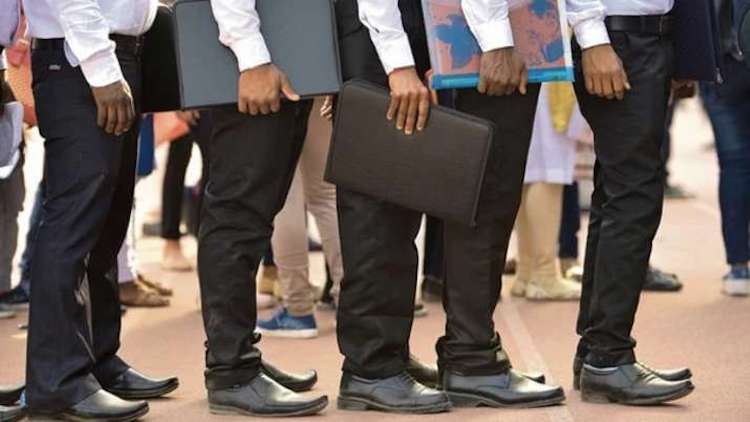 The five-month-long coronavirus epidemic has broken the back of the working class. The latest figures from the Centre For Monitoring Indian Economy (CMIE) show, between April and July, 2.67 crore people lost their jobs. Most of the people who lost their jobs belonged to the salaried class.

According to the CMIE data, 1 crore 77 lakh employed people lost their jobs in April while 1 lakh became unemployed in May. In June, 39 lakh new jobs arrived but in July again 50 lakh jobs were lost. That is, between April and July, 1.89 crore people with jobs have lost their jobs. According to the report, during the epidemic, companies from different sectors cut their employees’ salaries or sent them on leave without pay.

The CMIE report also said that small businessmen, hawkers and daily labourers were severely hit in April after the epidemic was announced. 9 crore 12 lakh people belonging to these sections lost their jobs in April while in this month 12 crore 15 lakh jobs were lost from all sectors.

The share of small businessmen, daily workers and hawkers is 32% of the total jobs, but 75% of the jobs lost in April belonged to this section. At the same time, the share of the salaried job category in total jobs is 21 % and in April, the sector lost 15% jobs.

According to economists, the world is facing the biggest economic crisis after the Second World War and due to the spread of infection, its pace of improvement is very sluggish. Both the IMF and the World Bank anticipate that the world economy may decline from 4-5.5% in the current financial year, while the Indian economy is projected to decline by 3.2%.

Congress leader Rahul Gandhi tweeted the CMIE report and said that in the last 4 months, almost 2 crore people have lost jobs. The future of 2 crore families is in darkness. By spreading false news and hatred on Facebook, the truth of unemployment and the apocalypse of the economy cannot be hidden from the country.