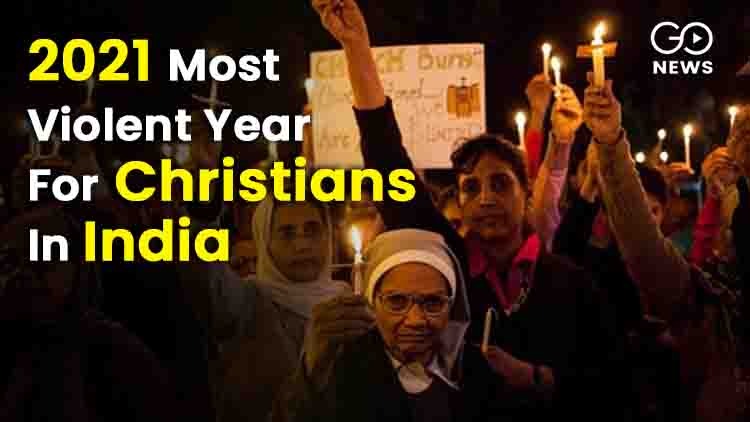 The United Christian Forum (UCF) of India has released a statement documenting 486 registered hate crimes against Christians in the country in 2021, marking it as “the most violent year” for Christians. This comes amid news of multiple attacks on schools, churches, and private congregations on the supposed allegation of ‘forcible conversion’ attempts. There have also been protests decrying what is seen as legislatively legitimizing the sentiment that Christian institutions have an agenda of religiously converting people, with the passage of The Karnataka Right to Freedom of Religion Bill, 2021, making it the eighth state in the country with legal provisions to counter ‘forced’ religious conversions and regulate willing conversions as well.
Also Read:
Protest Called Off By FORDA, NEET-PG Counselling Schedule On 6th Jan

The statement reads: “The atmosphere of hatred spread by certain actions and speeches by certain groups and false propaganda of fraudulent and allurement (alluring) [sic] means of conversion and enactment of laws in the name of freedom of religion seem to be encouraging anti social elements” to indulge in hate crimes. Documenting Cases Of Anti Christian Hate Crime The last two months saw over a hundred cases of violence against Christians, coming significantly at a time of Easter and Christmas, the most important festivals for the community. The organization says that the slogan of ‘Sabka Saath, Sabka Vishwaas’ has failed and that these incidents are “pre-planned acts by certain vested groups to divide the country on the basis of religion”. The following chart shows the annual number of anti-Christian hate crimes, which take multiple forms. It is taken from the statement released by the UCF. 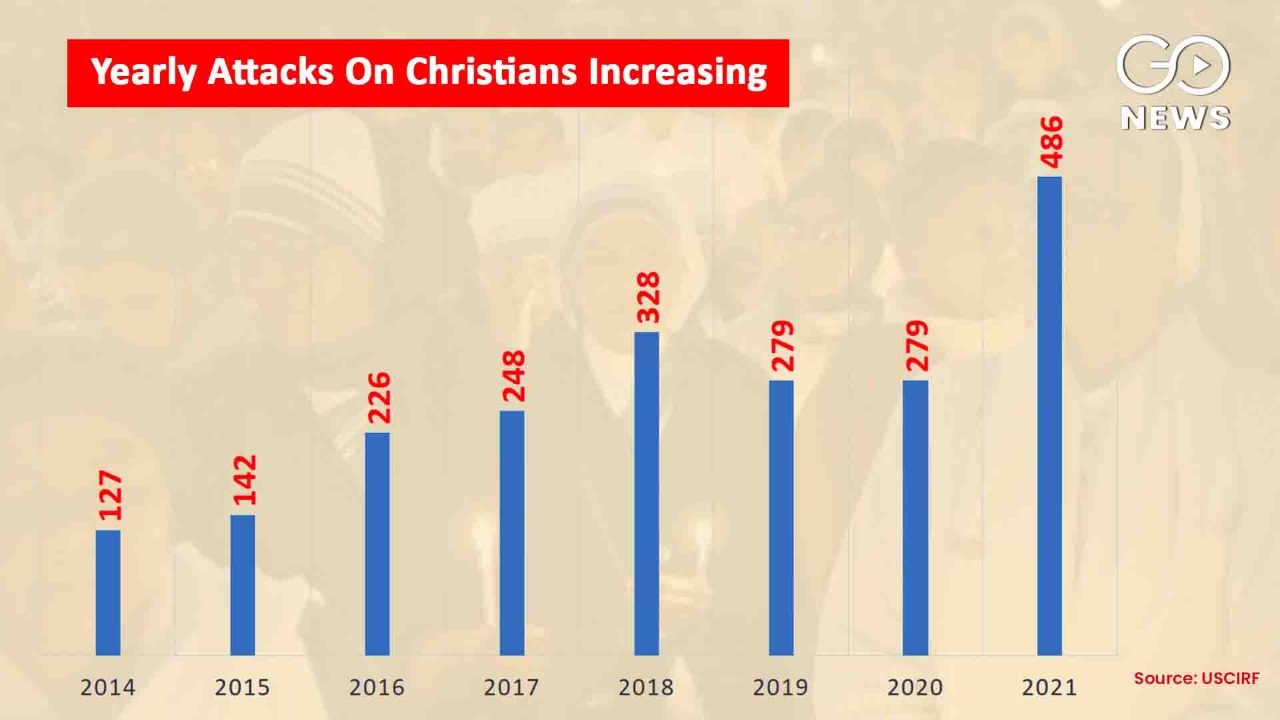 The UCF has documented a monthly record of hate crimes against Christians as well, and according to this statement, August, September, and October of 2021 were the most hostile months for the religious minority in the country, who number about 2.3% of the total population. These figures are obtained based on “authenticated calls” on its toll-free helpline number 1800-208-4545.

According to the organization’s state-wise figures, Uttar Pradesh with 102 incidents and Chhattisgarh with 90, are the most hostile states in the country for Christians. In the south, the statement reports that Karnataka is fat emerging as a hotspot for anti-Christian sentiment and hate crimes with 59 incidents. UCF’s And ‘Vigilante’ Role In Growing Violence Against Christians The worsening situation of freedom to practice religion in India, which is guaranteed by article 25 of the Constitution, has drawn international attention as well, as seen here in the coverage by foreign press of the persecution of Christians in the country. The UCF says that it has advocated and intervened and thus “managed to obtain the release of 210 persons from detention”. But, at the same time, only 34 FIRs could be registered.

The statement says that the organization has witnessed “extremist” and “vigilante” elements interrupting prayers of people or randomly accusing individuals of trying to forcibly convert people. They act with “impunity” and the police remain “mute spectators” of their actions, such as communal sloganeering outside police stations.