206 Arrests In Bengaluru Violence, State Government Plans To Do Asset Recovery From Rioters 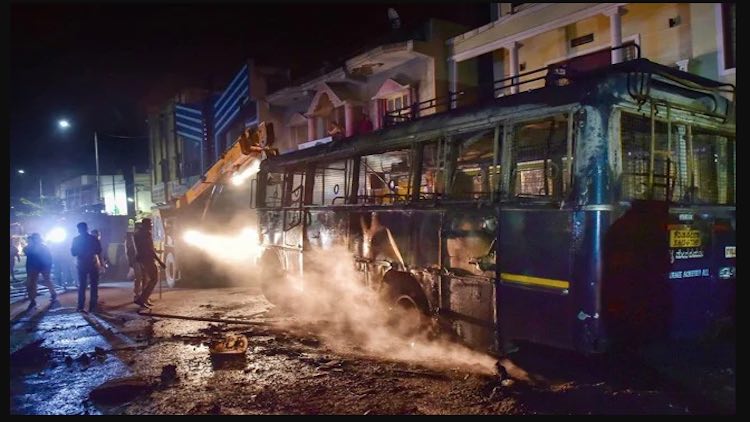 The Bengaluru Police have arrested 206 people so far in connection with the DG Halli violence which broke out over a “derogatory” social media post on Tuesday evening. Bangalore Joint Commissioner of Police (Crime) Sandeep Patil said that the total number rose to 206 after 60 new arrests were made in connection with August 11 violence in Bengaluru. These include Kalim Pasha, husband of Bruhat Bengaluru Mahanagar Palike (BBMP) Corporator from Nagwara ward, Irshad Begum.

Kaleem Pasha, the husband of BBMP corporator from Nagwara ward - Irshad Begum, is one of the 60 more people arrested in connection with the incident of violence in Bengaluru: Bengaluru Joint Commissioner of Police (Crime) Sandeep Patil https://t.co/LP4ZItY7ej

The Bangalore Police has so far registered 7 FIRs in the case and 16 members of the Socialist Democratic Party have been named in them. Earlier, two other people, including SDPI's Bengaluru District Secretary Muzammil Pasha, were arrested on Wednesday. Karnataka Home Minister Basavaraj Bommai claims that SDPI's role in this violence is being probed. The state government is also preparing for the recovery of the properties damaged in this violence, but questions are also being raised on this. At the same time, the SDPI has clearly denied the role in the riots. The organisation issued a statement saying that the people associated with it were being falsely implicated in this violence. SDPI Karnataka president Elyas Muhammad Thumbe said: “As always, the SDPI is being dragged just to cover-up police inaction against blasphemy and failure of intelligence.” Elyas quoted some videos saying that Muzammil Pasha was trying to pacify the angry mob outside DJ Halli police station but he too has been arrested. On August 11, violence erupted in Bengaluru over a post by a Congress MLA's nephew Naveen on the social media platform Facebook. In this incident, three people have died in police firing so far while dozens of people have been injured. The Bangalore Police claims that 60 of its soldiers have also been injured in the case.