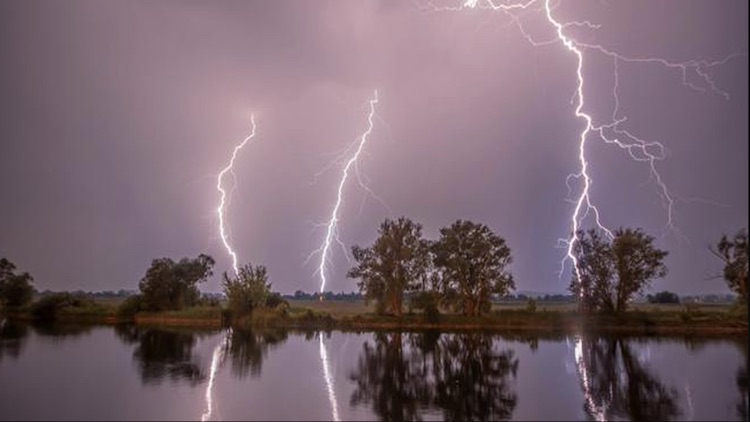 28 people were killed over the last 24 hours due to thunderstorms in Bihar and Uttar Pradesh. Confirming the deaths, the Bihar Disaster Management Department said 22 deaths were reported due to lightning.
Also Read:
Maharashtra Bans Patanjali's Corona Kit, Threatens Action

The maximum number of 13 deaths were reported in Gopalganj, two each in East Champaran, West Champaran, Bettiah and Madhubani and one each in Purnia and Banka. According to the officials, more than 18 people were also injured.

22 people killed due to thunderstorms in Bihar in the last 24 hours: State Disaster Management Department

Most of the people who lost their lives are farmers who were sowing crops in agricultural fields at the time of the accident. Among the two people who died in East Champaran include a minor girl. The police have sent all the bodies for postmortem and damage is being assessed. Apart from Bihar, six people died due to thunderstorms, rain and lightning in 25 districts of Uttar Pradesh late on Wednesday night. According to Relief Commissioner Sanjay Goyal, two people died in Kanpur Dehat while one death were reported due to lightning each in Kasganj, Banda, Fatehpur and Lalitpur. Rains and hailstorms caused significant damage to the crops in many UP districts including Prayagraj, Agra, Pratapgarh, Firozabad, Bareilly, Jalaun, Gorakhpur, Mainpuri, Mathura, Aligarh, Varanasi and Ghazipur.