3 Laborers Die During Sewage Cleaning In Bhopal, 631 Workers Died In The Last 10 Years 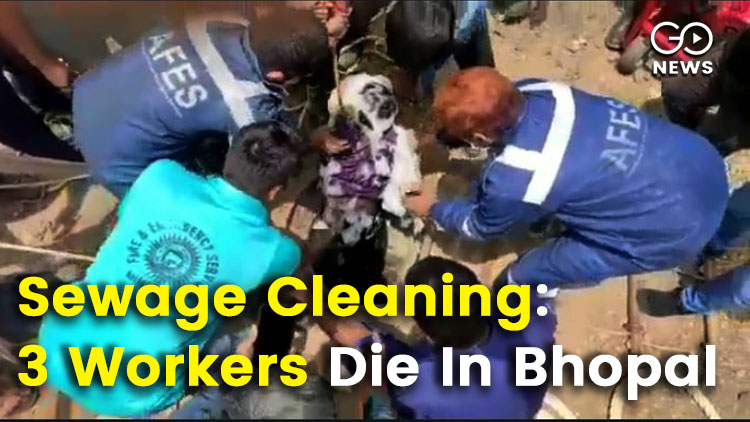 Despite the ban on Manual Scavenging, three laborers have died who had come to clean sewage in Bhopal, Madhya Pradesh. The accident happened despite the Supreme Court's order to use safety procedures and equipment while cleaning sewage lines. On Thursday, Ahmedabad Fire and Emergency Services personnel retrieved the bodies of two workers. While the body of the third laborer is yet to be traced, officials have declared him dead. According to the report of Ahmedabad Mirror, the bodies of Rajesh Kanu Meda and Bharat Manu Meda have been recovered. It is suspected that both died due to poisonous gas inside the sewage line.
Also Read:
Kabul Airport Attacked, U.S. President Joe Biden To Address Nation

According to the report, the body of the third worker, Sandeep Kanu Meda, could not be traced despite excavation up to 30 feet. Among the dead workers, two were brothers who were residents of Dahod district of the state. Cleaning of sewers and septic tanks in the country is a risky job and workers risk their lives to clean septic and sewer tanks without safety equipment for a few rupees. Recently, the Centre had said that no death happened due to Manual Scavenging in the country. The led to a lot of controversy in the Parliament. On July 28, in the Rajya Sabha, Social Justice Minister Ramdas Athawale, in response to a question on behalf of Mallikarjun Kharge and L Hanumanthaiah, had said that "in the last five years no case of manual scavenging has come to the fore". Whereas in a written reply in the Lok Sabha during the budget session, Social Justice Minister Ramdas Athawale had said that as per the data of December 31,2020, 340 people died while cleaning septic tanks and sewers in the last five years. In the year 2020, as per the report of the National Commission for Safai Karamcharis, the government's own organization, it was said that from the year 2010 to March 2020 i.e. in 10 years, 631 people died while cleaning septic tanks and sewers.