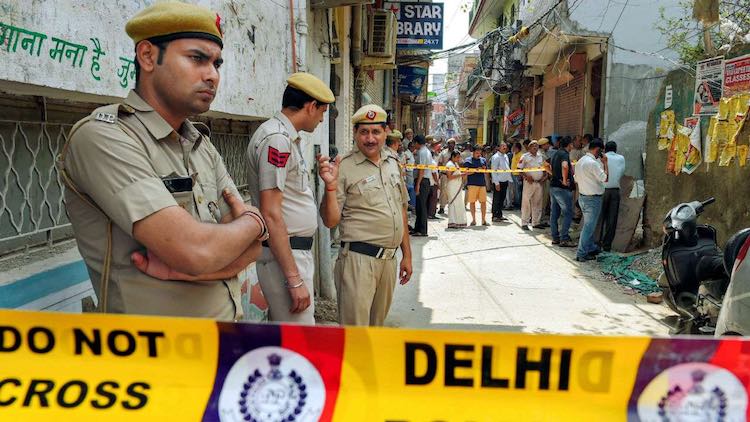 Is the tension that comes with a police job fatal? At least in the context of the Delhi Police, it rings true. From January 2017 to June 2020, 37 employees and officers of the Delhi Police have committed suicide, i.e., one suicide every 35 days. Of these, 14 died on duty, while 23 committed 'off duty' suicide. Also Read: COVID-19 Vaccine: UNICEF To Stockpile Over Half A Billion Syringes By Year End

The news agency PTI had sought this information through the Right to Information Act, in response to which the Delhi Police itself gave data about the number of policemen who committed suicide during this period and their ranks. In response to this RTI, the police department said that 13 constables, 15 head constables, three assistant sub-inspectors (ASI), three sub-inspectors (SI) and two inspectors are among those who committed suicide during this period. Of the 14 policemen who committed suicide while on duty, six are head constables, four constables, one ASI and one SI. While nine soldiers, six head constables, two SIs and an inspector committed suicide 'off duty'. However, the details of the five personnel whether they committed suicide while on duty or off duty could not be found. The police said two women soldiers were also among the personnel who laid down their lives. Data reveals how much stress is faced by the police personnel posted in the capital of the country. There is a shortage of staff at most police stations due to which police personnel have to do duty for 12 hours. Many policemen are also given the responsibility of beat along with pickets. They do not get weekly off. The national average of suicides is 11 per lakh. In view of this, the number of suicide among Delhi Police personnel is very high. It tells that the policemen are struggling with physical and mental problems which arise from the nature of work and problems associated with it.
TAGS police suicide Suicide PTI News RTI Police Personnel Delhi Police